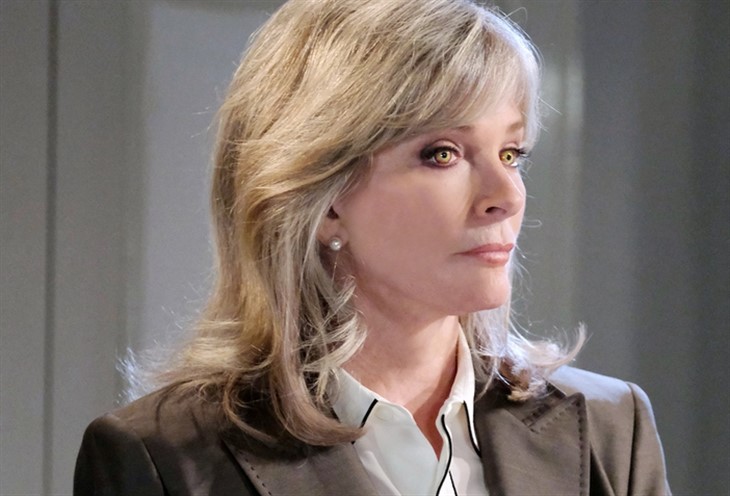 Days of Our Lives took the biggest chance in daytime in 2021 when it decided to revisit Marlena Evans’ possession storyline that dominated the soap way, way back in 1995. And it’s been paying off in droves.

It was shocking enough in 2017 when Marlena, Vivian Alamain, and Kate Roberts were trapped in the DiMera tunnels and got drunk, causing Marlena to wax nostalgic about that time so many years ago when she was possessed by the devil. She even seemed quite proud of it. That was also the first time Marlena made mention of that little incident in her life since it actually happened. Never did we have any idea that it could or would happen again.

When Doug Williams first started acting strange, we were sure we were headed towards another Alzheimer’s story after The Young and the Restless and General Hospital did two simultaneously in recent years. When it became clear that DOOL used a 96-yr-old actor and character as a conduit for the devil to possess Marlena, we knew this story was going to go places it never went before.

One reason this story works so well is that the reactions from other Salemites have been classic. From Johnny DiMera and Allie Horton first learning their grandmother was possessed after their mother once told their brother in a drunken stupor to Sami saying she thought demonic possession only happened once like the chickenpox, every beat around this story has made us laugh and marvel.

MarDevil had a blast for nearly a week on Halloween raising past villains from the dead. Turning Susan into a cat rather than morphing Kristen into a jaguar was inspired. And the devil morphing right into OG Kristen before our eyes was something we never expected, but also done just right. Now we look forward to Marlena’s son, Eric Brady, exorcising the devil from her rather than John.

And, just like the first time, the Marlena possession story is a love story in the truest sense. When all is said and done, it is classic soap opera at its best. Stay tuned to Days of Our Lives weekdays to see what MarDevil does next.

Days Of Our Lives Spoilers – Doug And Julie Williams Are On Hand For The Final Battle Against MarDevil!