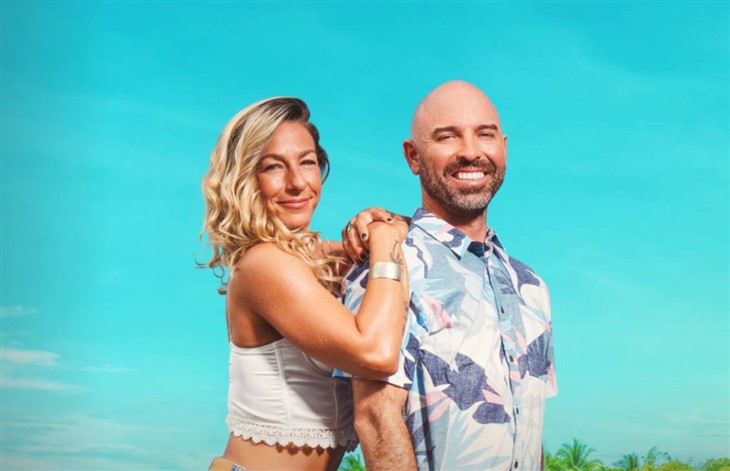 Love in Paradise: The Caribbean is the latest 90 Day Fiancé spinoff on discovery+ and is often anything but what its title implies.  In an upcoming episode, Mark and Key will face a major problem in their relationship, which leads to Mark laying down an ultimatum. Will they survive this roadblock to love?

Love in Paradise – The Caribbean spoiler

Mark and Key of Love in Paradise: The Caribbean have already faced major problems with their relationship over the years. However, in a teaser into the next episode of the 90 Day Fiancé spinoff on discovery+, Mark is going to put his foot down and make an ultimatum. The long-distance lovers have hit a major roadblock in their relationship and Mark will make it clear he is willing to give it all up, if his Panamanian lover won’t move to the US with him.

In a teaser clip, Mark tells Key that she knows he wants her to move to California. He says he doesn’t want them to be apart because he knows if she lives in Panama and he lives in California, they will end up being with other people. Key responds, asking for clarification, “And you don’t want I be with other people,” to which he replies, “If you are with me, no.”

Key admits that if their relationship continues on a long-distance basis, she can’t tell him she doesn’t want to be with another man. She says it is impossible and she is not going to lie to him.

Long-distance love is never easy, but in Mark and Key’s case, it is beginning to look like it’s impossible. In her confessional, Key says she can’t be thinking about how she is only going to be with Mark. She asks, “I’m going to see you through the little camera every day? To me, that seems ridiculous. It seems exhausting. It seems really frustrating. I don’t want that to happen to me with Mark.”

Love In Paradise – Can Mark And Key’s Relationship Work?

Mark and Key first met in her home of Bocas del Toro in Panama several years ago. They bonded quickly when Mark helped Key to recover from an overdose. However, it has been nine years since then, spent apart, and it is taking its toll on him. For her part, Key doesn’t seem to want to commit to such a big step in a relationship with Mark. Can Mark and Key make their relationship work? Or should they give up and go their separate ways?

Readers can watch the full teaser trailer on Popculture’s website and watch the episode of Love in Paradise: The Caribbean on discovery+ on Sunday.