Kimberlin Brown Teases Sheila Explosion On The Bold And The Beautiful 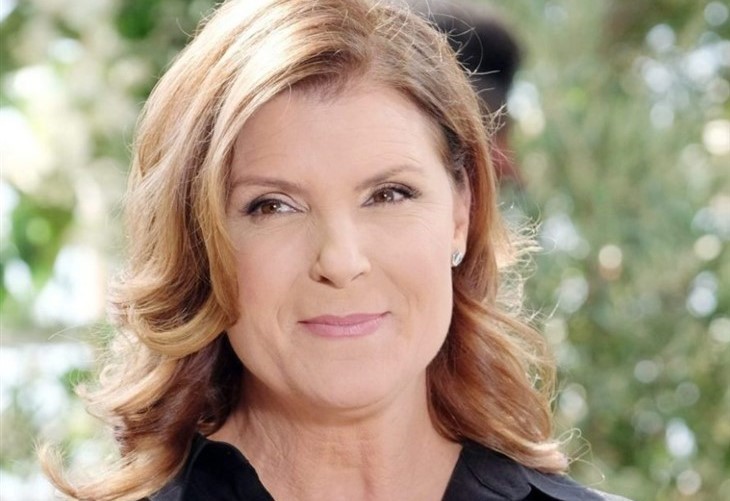 The Bold and the Beautiful spoilers reveal that Sheila Carter (Kimberlin Brown) claims to have changed her ways. The villain has spent years targeting the Forrester family, but seems to believe she is the victim. During an interview, Brown explained that Sheila is “fragile” and it’s only a matter of time before she lashes out again.

The Bold And The Beautiful Spoilers – Needing Deacon Sharpe

B&B spoilers reveal that Sheila and Deacon have joined forces. Even though Deacon was hesitant, he ended up agreeing simply because he has no other options. Sheila doesn’t really have any options, either. The only reason she hasn’t been harassing Steffy Forrester Finnegan (Jacqueline MacInnes Wood) and John “Finn” Finnegan (Tanner Novlan) is that she was out of ideas.

Speaking to Soap Opera Digest, Brown explained that Sheila needs a partner in crime. In Sheila’s mind, Deacon is perfect, which is exactly why she’s so desperate to not let him back out.

Brown also said that Sheila is “fragile” and really has tried to be a better person. Despite her best efforts, nobody believes her. Finn was willing to give Sheila a chance, but Steffy put a stop to that. Finn had to make a choice between his wife and his mother. In the end, Finn chose Steffy and Hayes Forrester Finnegan.

The Bold And The Beautiful Spoilers – Explosion Imminent

The Bold and the Beautiful spoilers reveal that even though Sheila is “fragile,” that doesn’t mean she’s weak. Sheila is still as crafty and sly as ever. However, don’t expect Sheila to accept responsibility for her current situation. The villain has done a lot of damage over the years. Instead of realizing that her current situation is a direct result of her past actions, Sheila blames Steffy.

Hope Logan Spencer (Annika Noelle) pushed Sheila’s buttons and didn’t believe her romantic ruse. Sheila kept smiling throughout it all and tried to convince Hope that it was all true. Even though Sheila dealt with Hope’s insults well, there is only so much that she can take before exploding.

Brown teased that Sheila could go into a rage if she continues getting blocked from what she wants. The actress teased to the magazine that Steffy keeps making things worse for Sheila and things could blow up soon.

“As much as she has tried to be a better person, she’s still very fragile, to the point where she can only take so much before she’s going to lash out… Sheila would like to attempt everything possible in a friendly way first, before anything comes off its hinges. That being said, we’ve seen the hinges come off before…”

Days Of Our Lives Spoilers: Theo Has Memorable And Unsettling Reunions