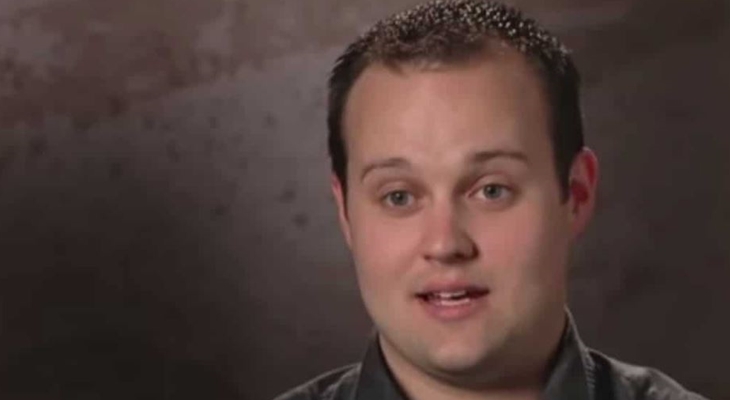 Josh Duggar was charged in April with the offenses of downloading and possessing child pornography. Now, the defense team suffered a blow as their fight to prevent the submission of evidence and witnesses from his molestation scandal failed. It happened nearly two decades ago, and the defense argued it didn’t pertain to the current charges. However, Judge U.S. District Judge Timothy Brooks disagreed and the court can now hear from the witnesses.

Josh Duggar Molestation Scandal Can be Heard By Jurors

While the molestation of four young girls by the oldest son of Jim Bob and Michelle is old news to TLC fans, others might not watch the show. Actually, for millions of readers, the news that he confessed to it years ago, might be completely new information. At least two of the sisters in the family admitted that they were victims and so, the possibility arises that Jill Duggar Dillard might be called upon to testify. Additionally, the courts mention a church member named Bobye Holt. Many folks might be surprised that something that happened when Josh was a minor is considered submissible.

The dad of Josh Duggar, patriarch of the TV shows, 19 Kids and Counting and Counting On sent Josh away to a  Christian camp. So, the case never got into the juvenile courts. Actually, if that hadn’t happened, some legal protection for minors might have helped the defense team now. However, the legal team lost the bid to stop the evidence from being heard. The Judge told the court, “The child pornography victims in this case are approximately the same ages as the victims of defendant’s hands-on child-molestation offenses.” He added, therefore, “the prior act evidence is probative of defendant’s sexual interest in underage children and his propensity for exploiting young girls.”

UPI reported that the prosecution presented some evidence as to how they obtained the photos in the first place. The outlet reported, “Amber Kalmer, a detective with the Little Rock Police Department FBI Task Force Internet Crimes Against Children department” gave her testimony. According to the report, she was present and easily download the images and video directly from Josh Duggar’s computer in 2019. “She then sent the files to Homeland Security Investigations Special Agent Gerald Faulkner, who traced the IP address on the files to Josh Duggar’s car dealership in Springdale.” 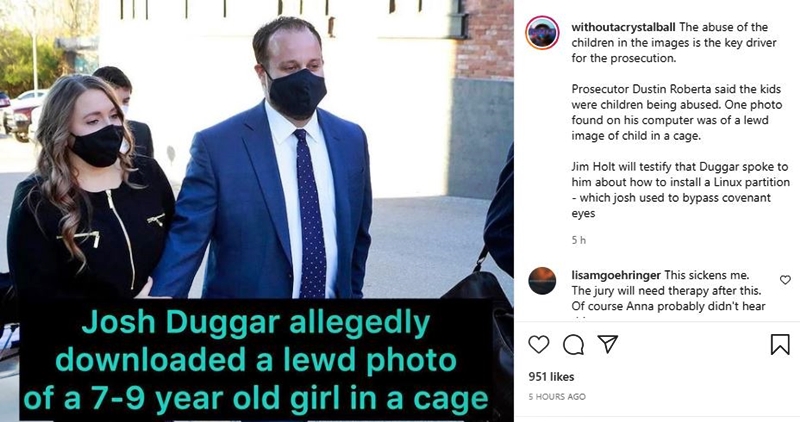 The legal team for Josh Duggar claimed that it’s simply an “old fashioned whodunit” question. Their angle is that almost anyone could have downloaded the offensive materials. The Arkansas Democrat Gazette pointed out that others had access to the computer. The outlet wrote, “U.S. Prosecutor Dustin Roberts countered with logs showing, minute-by-minute, the activity on Duggar’s computer alternating between sending personal messages.” It seems a hard spot for the defense team with additional historical evidence being allowed in the court.

Be sure to catch up on everything happening with the cast of Counting On and 19 Kids and Counting right now. Come back here often for more news and updates about the trial of Josh Duggar.