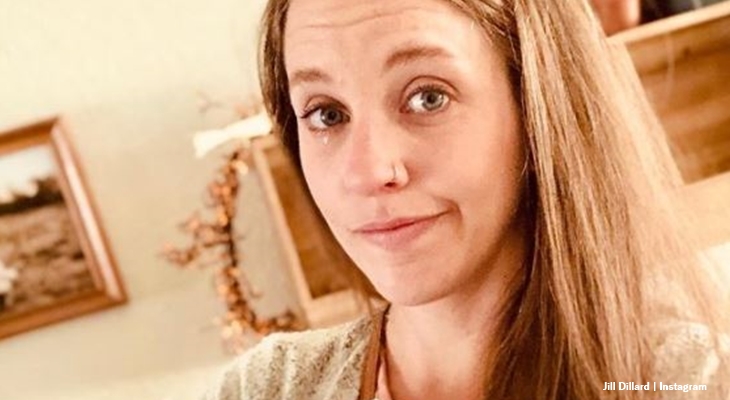 The Josh Duggar pretrial jury selection happened as did an evidentiary hearing in which Jim Bob recalled almost nothing about the reported molestation scandal that leaked in 2015. So, will Jill Dillard now be called to testify? If so, will she speak up for Josh or against him? Counting On fans wait with bated breath to see which way her appearance goes: if she is actually required by the judge to appear.

Josh Duggar And His Sister Jill Dillard – Will She Testify?

In late October, once the various hearings started, fans heard that the defense team for Josh didn’t want the molestation scandal from 2015 to be raised in court. Of course, the prosecution pushed for it. Presumably, they hoped to use it as evidence that the accused pre-offended at a young age. Josh faces charges of alleged child abuse in pornography content, and for downloading it. It’s a serious charge and could land him in prison for many years if he’s found guilty. TLC fans suspect that his dad, Jim Bob, wants to keep attention off his son. In fact, when he announced that he planned on running for a vacant seat in the Arkansas Senate, some folks thought it was just diversion.

On November 30, Jim Bob was called to a hearing. It came to decide if he and a family friend, Boybye Holt would testify about the molestation. Recall, Josh Duggar admitted to inappropriate sexual touching of some of his younger sisters. It came back when he was still a young teen. Jill and Jessa actually came out as victims. However, Jim Bob claimed he had no recollection of the details when a statement was read to him. People Magazine reported that it looks like he’s been ruled out as a potential witness. However, Jill Dillard and her brother Jedidiah “Jed” Duggar could be “potential witnesses in the trial for their brother Josh Duggar’s child sexual abuse material case.”

Jill Dillard And Her Brother On List Of Witnesses

The outlet also reported, “During jury selection on Tuesday, a list of “confirmed or potential” witnesses was presented by the judge. On that list were both Jill and Jedidiah’s names.” Counting On fans suspect that Jed might just talk about the car sales business where the feds searched and arrested Josh. But it’s unclear what role if any, Jill might play. Of course, TLC fans hope she testifies against her brother. However, at this time, it’s not yet known if the molestation scandal will be allowed as evidence in the court case.

People really don’t know, if Jill Dillard appears in the trial of Josh Duggar, what she might testify about. However, speculation grows that she might find herself in a situation where she might have to tell the truth about what happened to her. It probably places her in an extremely difficult position. After all, she has nephews and nieces who rely on their dad being around. Without A Crystal Ball on Instagram guessed that she might be called as a replacement for her dad, Jim Bob. She also talked about another witness, Bobye Holt.

Josh Duggar, as far as many folks are concerned is guilty as hell. Nevertheless, he’s allowed a fair trial the same as anyone else. So, it’s premature to speculate on any outcome. However, fans would like to see Jill testify. One of them wrote, “We love Jill she’s stronger and braver than we ever expected and regardless of any crap her husband ever said he is the one who has encouraged her to be her own woman. to be strong to question her past to hold those horrific parents of hers accountable. Jill is truly a hero!”

Another fan wrote, “Jill and Josh’s other victims deserve closure and peace! i hope the trial bring[s] them closer on the path of healing from these traumatic events.”

Be sure to catch up on everything happening with the Counting On alums right now. Come back here often for more news and updates about the trial of Josh Duggar.