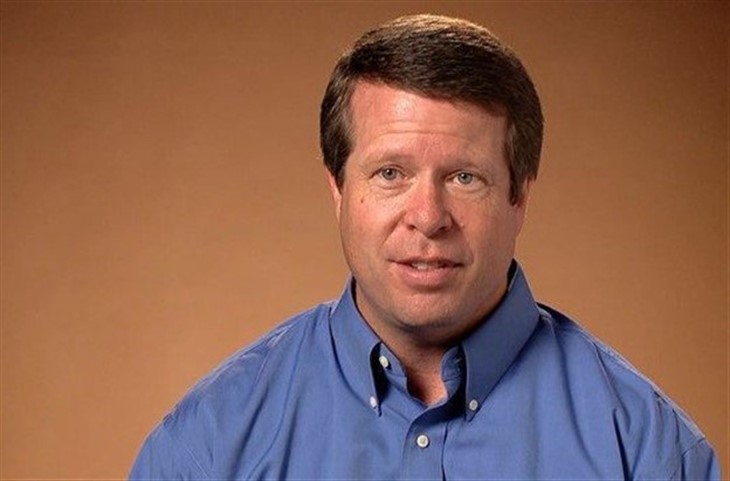 Jim Bob Duggar and his son-in-law Derrick Dillard are not friends and Derick openly threw him under the bus for his Arkansas Senate campaign. In fact, the harsh statement, which came on Jim Hoyt’s Facebook slammed him and likened him to a human trafficker. Certainly, it looks like the gloves are completely off between the two Counting On alums.

When the news emerged that the dad of Josh Dugger decided to campaign for a vacant Senate seat, TLC fans were flabbergasted. After all, Josh awaited the outcome of his trial for possessing child porn. Meanwhile, others thought he might have done it to deflect attention from his son’s trial. Overall, folks responded with disbelief and some shock that he arrogantly believed nobody would seem to mind the dark secrets of his family spewing out in the media. Well, those reactions seemed to not rock his world one little bit. But, Derrick Dillard, the husband of his daughter Jill probably came out with the harshest comments.

Jim Bob Duggar was at the trial of his son, as were other members of the family. Derick Dillard attended and he said that it “felt more like a funeral.” Of course, he knows that other members of the family feel a lot of emotions. Additionally, people like Joy-Anna’s husband, Austin Forsyth heard some ugly details about the molestation of Josh’s younger sisters in 2003. Naturally, as Josh awaits his sentence, and could go inside for a long time, Derick and Jill “fear” for the “soul” of Josh. Well, he only alluded to the trial on Jom Hoyt’s Facebook page, but he also made his feelings about the campaign known.

Jim Bob Duggar Thrown Under The Bus By Derick Dillard

The news that Derrick Dillard slammed his father-in-law extremely harshly came from Katie Joy’s Without A Crystal Ball account on Instagram. When she shared a screenshot of Derick’s comment, she said, “Dillard made this comment under Jim Holt’s Facebook post asking people not to vote for Jim Bob Duggar.” She also reminded fans of Counting On that Derick started getting vocal about Jill’s dad when he left TLC. She wrote, “[he] accused Jim Bob of forcing his children to film for no pay or benefits.”

As you can see above, Derick claimed that Jim Bob Duggar is a liar and “continues to lie to his friends.” Adding, “will he lie to YOU?!” Probably, the harshest note came when Derick accused Jill’s dad of “manipulation,” and he likened his actions to “human trafficking.” Next, he walked about the TLC alum “being a sellout to anything he can personally profit from.” Oh yeah, he also alleged that he’s “verbally abusive.”

Jim Bob Duggar isn’t all that popular with fans of Counting On. Actually, when the molestation scandal emerged in 2015, many of them accused him of brushing the affair under the carpet at the expense of his daughters. One fan said in the comments, “WOW WOW WOW 😯 😮 😮 I’m shocked 😳 That is a major statement! There must not be any chance of Jill’s return to her family 😢. Which is probably best! Maybe someday JB will own up to his behavior 🤷🏼‍♀️.”

Then, amongst a lot of other comments, this one arrived: “He said “akin to” I wonder what he really means behind this, Derrick is speaking up and his voice is just getting louder and louder 👏.”

Be sure to catch up on everything happening with the cast of TLC’s Counting On right now. Come back here often for more news and updates about Jim Bob Duggar.

The Family Chantel Spoilers: Fans Diss On TLC For Scraping The Barrel