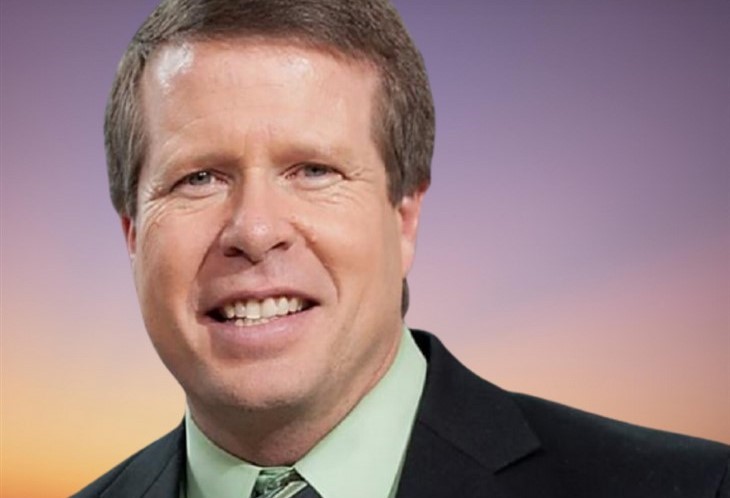 Counting On news arrived that Jim Bob Duggar will run for office in Arkansas State Senate District 7. Well, that came after Lance Eads (Rep) resigned his seat. Naturally, TLC fans find it a bit curious that he chose to run. After all, his son Josh faces some very serious charges by the FBI. Of course, it’s not the first time the family revealed political ambitions.

TLC fans know that even before the news emerged about Josh standing trial for alleged child pornography possession, that Jim Bob took a lot of hate from critics. Firstly, they feel that he should have taken stronger action with Josh when the molestation scandal emerged. Plus, fans feel upset that Jim Bob seems very controlling. In fact, most of his kids are employed in businesses that he has a part or interest in. Of course, others hate that he and Michelle make the girls wear dowdy clothing and leggings.

Counting On fans become repeatedly irate that Jim Bob Duggar and Michelle try and breed as many grandchildren as fast as they can. Married off young, the girls really only have much chance of getting decent jobs. When it comes to Jana who is 30 years old, he still ensures that she is chaperoned by her brothers whenever she travels anywhere. However, presumably, he feels he has enough popularity and Republican virtues to run for public office amidst media interest in Josh.

Counting On News – About Jim Bob And The Vacant Senate Seat

The fact that Jim Bob Duggar runs for the vacant seat in the Arkansas Senate came from KNWA News. The outlet reported, that he made his announcement on social media. The outlet cited him as  saying, “I’m running for state Senate because these are unprecedented times in our nation.” Well, it didn’t take long for Katie Joy of Without A Crystal Ball to find out. So, she shared the news on her Instagram. Actually, she’s not the best friend of the TLC family. She captioned her post with: “We can always count on Derick Dillard to bring the shade 🤭.” Thanks because of his emoji in reaction to the original report. 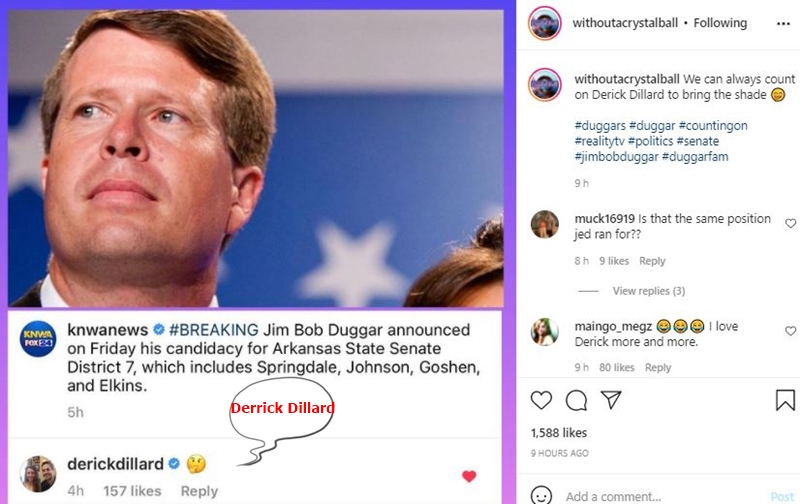 You don’t need much imagination to know that Counting On critics of Jim Bob would comment on the news. One of them wrote, “I can’t believe this is real….. the denial in this family (minus a few) is just.. something else.” Then another one penned, “Cannot think of a worse time to be running for any form of office.”

More people responded in a similar manner, and this comment also arrived: “Ok. Did he forget what his son is on trial for? And he thinks people will vote for him.”

One fan even wondered if Jim made his announcement to distract people away from the fact that his son is under a magnifying glass right now.

Counting On News – What Are Your Thoughts?

Are you surprised that the Counting On patriarch, Jim Bob Duggar is running for public office? After all, the allegations against his son Josh seem very unwholesome, TLC fans agree. Sound off your thoughts in the comments below.

Be sure to catch up on everything happening with the Duggar family right now. Come back here often for more Counting On spoilers, news, and updates.

Days Of Our Lives Spoilers: Tripp And Allie Face Their Worst Nightmare