How Did Helena Cassadine Die On General Hospital 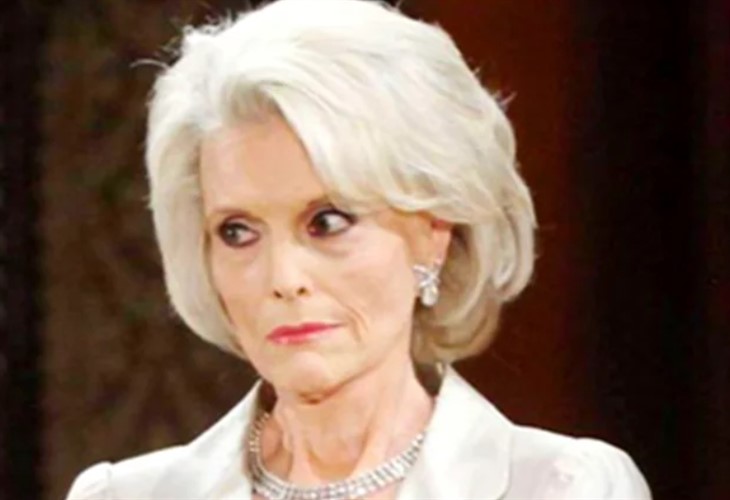 General Hospital (GH) spoilers tease that soap fans want to know how did Helena Cassadine (Constance Towers) die. The correct answer is which time? She is presumed dead, but that is soap opera dead and the genre is infamous for another un-reality, Sudden Onset of Rapid Aging.

The fact of the matter is that villain Helena Cassadine has died more than once and no one bats an eyelash when she comes back. Helena debuted in 1981 in the form of legendary actress Elizabeth Taylor. She was such a fan that TPTB made up the character for her as a cameo appearance.

She was shown at the legendary soap wedding of Luke Spencer (Anthony Geary) and Laura Collins (Genie Francis). Next Dimitra Arliss appeared as Helena in 1996, and the following year veteran actress Constance Towers took over the part and made it her own.

A fan page indicates that Towers will be seen soon, but just for an episode so it’s likely that her death remains reality—at least for now. Helena will be a ghostly specter no doubt returning to torment someone.

GH Spoilers -: How Did Helena Cassadine Die Is Trending

Ironically, one of Helena’s deaths came at the hands of her arch enemy Luke, who also weirdly flirted with her when she was alive. When Luke shot Helena she was believed to be dead.

Not so fast! She recovered via a magic serum, the kind found only on soaps. It helped that her body had been frozen beforehand.

The most recent death involved her grandson Nikolas Cassadine (Marcus Coloma) desperately trying to save her despite the torment she brought into his life. He poisoned her then had a change of heart. Alas, he was not successful and once again Helena was pronounced dead.

But not before she managed to curse Sam McCall (Kelly Monaco). Liz Webber (Rebecca Herbst) tried her best to keep the vixen alive but to no avail. Since then Helena has haunted several people in Port Charles, New York. Who will she haunt in her next visit to Port Chuck? Could it be Valentin Cassadine (James Patrick Stuart) who is wrestling with identity issues?