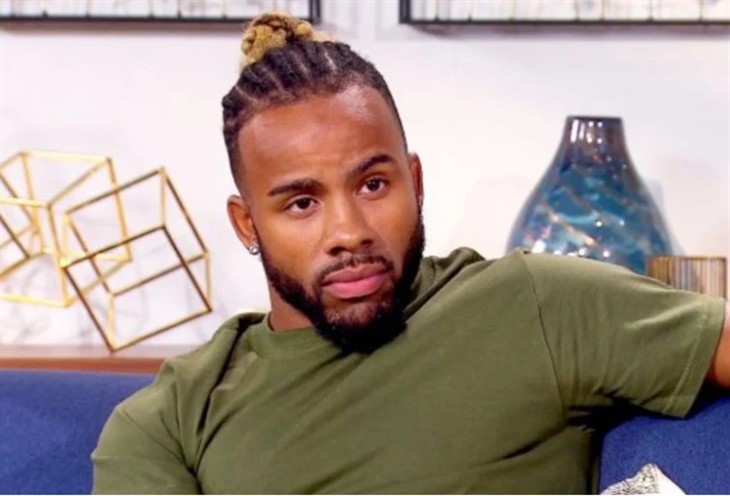 Patrick Cornett is known for starring on 90 Day Fiancé: Before the 90 Days as someone who lost in love. However, it turns out he is a hero, after he ran into a burning building in Las Vegas to save his neighbors. As a fan favorite on the TLC reality show, his fans are happy that he is safe and sound following his heroic actions.

Patrick Cornett last starred on season 2 of the spinoff, 90 Day Fiancé: What Now? On the TLC reality show, he had been dating a French woman named Myriam Mana. Patrick visited Paris to be with the woman of his dreams, only to find she had a boyfriend. In the end, Myriam basically wanted to just be friends.

Since that time, Patrick has happily moved on. He moved to Las Vegas and now has a family, with two children. Since his time on reality TV, Cornett has kept out of the news. However, after a horrific fire swept through his family’s home, he is just happy to be alive.

Patrick headed to Instagram to tell the story of how he lost everything when the fire engulfed his home. Everything, that is, except his family – the most important part of his life. However, it was later reported by WAVY News that the fire did end up killing one person. Meanwhile, the fire and smoke inhalation injured several more.

However, despite the disaster to his own home, Patrick did his best to warn everyone else living in his complex. The 90 Day Fiancé alum told the newspaper that objects can always be replaced, but people can’t. 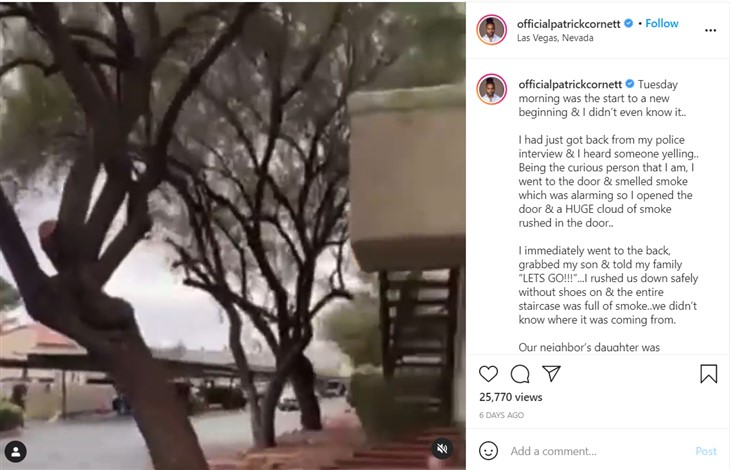 In the video posted to Patrick’s Instagram, neighbors can be heard applauding him for helping out in the fire. He can be heard shouting to residents in the complex, hoping to wake them from their sleep and ensure they got out alive.

Patrick said that all he thought about was saving the lives of his neighbors and friends. He ran, barefoot, around the complex and even climbed a tree to see where he could help. Cornett urged everyone to leave their possessions behind and save themselves. It turns out Patrick wasn’t done when the firefighters arrived the scene as he even helped them out with their hose.

While Patrick was able to save his and other lives in the fire, sadly he was left with nothing but the clothes on his back. However, a GoFundMe page has been started for the reality TV alum to try and get some money together. At the time of writing, the fundraiser has raised $6,755 towards its $10,000 goal.

In the description, the GoFundMe page also asks for household essentials, such as groceries, cleaning materials and bedding. As the former 90 Day Fiancé star was such a hero to others in the fire, fans hope he will be able to quickly rebuild his life.

The Daily Show Trevor Noah Is Stupendously Wealthy!! : His Net Worth Finally Unveiled