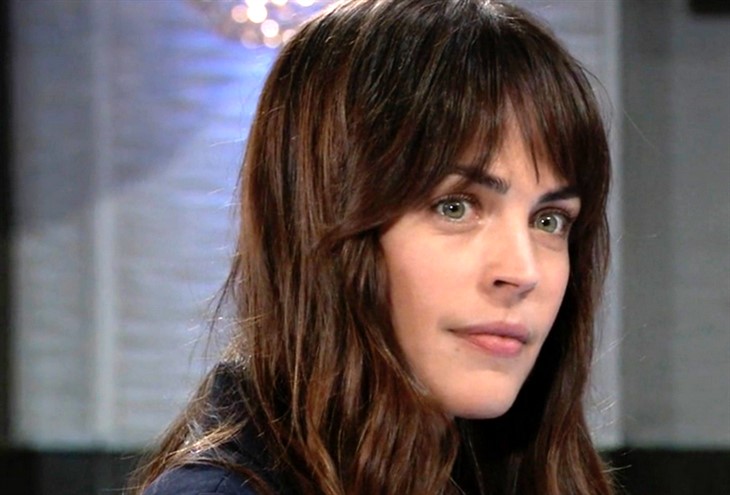 General Hospital (GH) rumors and spoilers reveal when Jason (Steve Burton) told Britt (Kelly Thiebaud) that he was going to marry Carly (Laura Wright), she was devastated and heartbroken. Although it seems like she has moved on from him to Jax (Ingo Rademacher), she might still have feelings for Jason. Therefore, Britt may want to crash his and Carly’s wedding to express her love. But not before doing something else.

Despite her claims that she is done with Jason, we are pretty sure that Britt is still hurt from the bomb that he dropped on her last month. So, she might want to take a trip to take a break from everything and clear her head. At first, she will consider going somewhere popular and nice like Hawaii, Venice Beach, or Italy. However, when she reveals her plans to Jax, he will suggest Nixon Falls. Although crimes are high there, Nixon Falls is still a nice town to travel to. Since he was attacked when he visited Nina (Cynthia Watros) there, Jax will suggest that Britt has someone accompany her. That someone could be him, Sam (Kelly Monaco), or Terry (Cassandra James). Either way, she will take Jax’s suggestion.

Suppose one day Britt is sitting in her motel room in Nixon Falls Googling restaurants to eat lunch at. She could come across the name of the Tan-O, read the good reviews, and then visit the restaurant. Boy will she be surprised when she discovers that Sonny/Mike/Smike (Maurice Bernard) is working as a bartender instead of resting in a grave! She will ask him how he survived and why he is not back home at Port Charles, but he will not know what she is talking about. Nevertheless, knowing that Sonny’s miraculous survival means that Carly will not have to marry Jason after all, Britt will surely find a way to bring him home. She could do something devious like drugging Sonny and then driving him back to Port Charles. Alternatively, she could try hypnosis or hitting Sonny on the head. Of course, this would be easier for Britt to achieve if she had someone with her on the trip that could be her partner-in-crime. If Nina catches Britt trying to steer Sonny away, she will need someone to distract her.

Spoilers from Celebrity Dirty Laundry say that Sonny will crash Carly and Jason’s union of love, but he probably won’t be alone. In fact, Britt may end up bringing him to the chapel herself. Just as the priest asks if anyone has any objections, she will burst through those doors with Sonny at her side. She will claim that Carly and Jason will no longer have to go through with their fake marriage since Sonny isn’t dead after all. Of course, there will be mixed feelings all around the room- joy, shock, confusion, and tears. There will also be lots of questions like Britt would’ve asked earlier. Someone, if not Carly, will put two and two together and find out that Nina knew about Sonny being alive. Perhaps Jax will figure it out. After all, he did believe that he saw him while he was passed out after the incident at the dance.

What do you think of this possible outcome? Comment below!