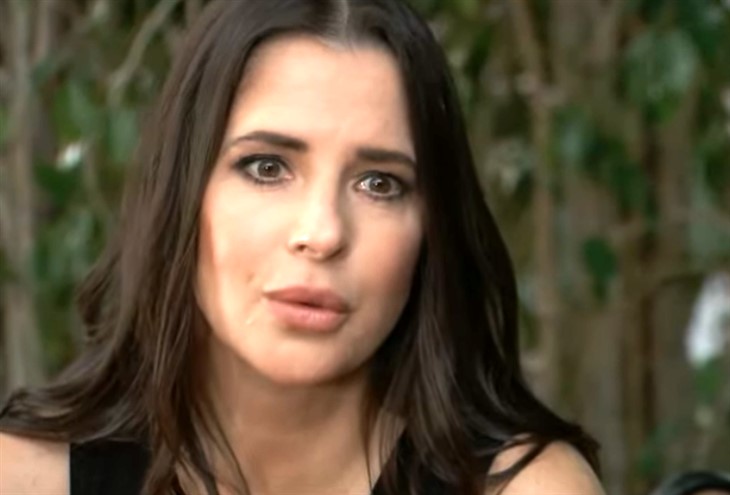 General Hospital’s Nina has reason to worry when Sonny tells her about his memory flashes at the New York hospital.  Nina knows that the return of Sonny’s memory could have him racing to Port Charles.  Brook Lynn Quartermaine (Amanda Setton) makes Nina even more nervous when she calls with a video chat from Wiley Corinthos (Theo and Erik Olson).  Brook Lynn was very close to Sonny and even her voice could bring Sonny’s memory back. Nina is playing with fire and could very quickly get burned. Can Nina continue to do damage control and keep Sonny to herself?  Meanwhile, Harmony Miller (Inga Cadranel) causes drama during Wiley’s party that causes Willow Tait (Katelyn MacMullen) to run away from the party and to the gatehouse. Will Willow banish her mother for good?

GH Spoilers – Will Harrison Chase Get His Heart Broken?

General Hospital’s Austin Holt (Roger Howarth) will help Chase make it to the gatehouse after Willow’s exit.  Unfortunately, Chase just might walk in on Michael Corinthos (Chad Duell) comforting Willow. Will Austin advise Chase to keep quiet about what he has witnessed? Meanwhile, Alexis Davis (Nancy Lee Grahn) will bump into Harmony at Spring Ridge and wonder what she is up to.  Jocelyn Jacks (Eden McCoy) will end up in a dangerous situation prompting Jasper Jacks (Ingo Rademacher) to blast Carly over her safety.  Jason will end up giving Cameron Webber (William Lipton) some pointers on protecting Jocelyn.

General Hospital’s Spencer Cassadine (Nicolas Chavez) is determined to throw a party at Wyndemere whether his father approves or not. Nikolas Cassadine (Marcus Coloma) has found out about the letter Ryan Chamberlain (Jon Lindstrom) sent to Spencer. Will the party go off without a hitch or has Ryan got word of it and decided to do some stalking of his own. Could both Nikolas and Spencer be in danger?

General Hospital’s Nina Reeves (Cynthia Watros) continues to get closer to Sonny Corinthos (Maurice Benard).  Nina could even end up in Sonny’s bed.  However, as Nina begins to believe she could have a future with Sonny, she could be setting herself up for a fall. Sonny is starting to remember and Sonny hates to be manipulated. Will Sonny cut ties with Nina when the truth comes out? Meanwhile, Lenny Caulfield will want to live life to the fullest considering his time could be running out. Jax will also confront Jason and accuse him of not protecting Jocelyn.  Will Jason put Jax in his place after he confides his concerns to Britt Westbourne (Kelly Thiebaud)?

As Jason and Carly’s wedding approaches, things will probably continue to get tenser. Will the wedding go off without a hitch?  Will Ryan resurface and go after Spencer as well?  Hold onto your seats, this could be a bumpy ride.