General Hospital (GH) Spoilers: Jason And Carly Discuss Whether To Call A Meeting Of The Five Families 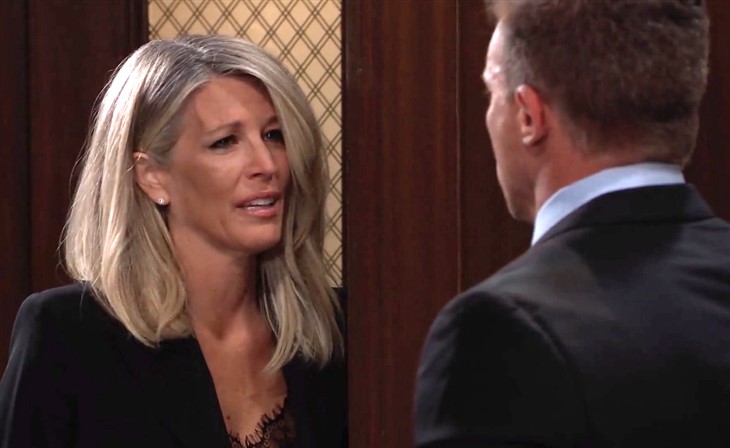 General Hospital spoilers tease that Jason Morgan (Steve Burton) and Carly Corinthos (Laura Wright) will discuss whether to call a meeting of The Five Families in an upcoming episode of General Hospital!

General Hospital viewers will recall that Joey Novak’s (Patrick Zeller) approaching Josslyn Jacks (Eden McCoy) and her boyfriend Cameron Webber (William Lipton) constituted a threat. Josslyn immediately notified Carly Corinthos and Cameron went to Volonino’s Gym where Jason learned of the threat from him. Jason immediately went to Kelly’s and advised Novak and his associates that his uncle wouldn’t think too highly of his tactics, and threatened retaliation. General Hospital viewers will recall that the reason that Jason and Carly made plans to marry in the first place was to present a united front to the Novaks and the rest of the families. Joey Novak’s threat has escalated the urgency of their plans.

GH Spoilers – If The Novaks Are Stirring Up Turf Wars, The Other Families May Follow Suit

General Hospital viewers know that if the Novaks are stirring up turf wars in Port Charles, the other four families may well follow suit! Admittedly enough, the implication that if Jason doesn’t marry Carly the mob families will expect him to kill her is rather harsh in the eyes of many General Hospital fans. But that is exactly what Jason told Carly when he said that he would have to marry her to protect her. He explained the rest of the Mafiosos would consider him weak if he didn’t do so and make moves to take over Sonny Corinthos’ (Maurice Benard) territory. Even though Carly was not the only woman representing a family in the last meeting of the Five Families, where she had to appear because Jason was in jail, Nina Wu (Lydia Look) is much better respected because she has been the leader of the Wu family for several years. Jason and Carly must do something and quickly!

General Hospital viewers will see that Jason and Carly will consider calling a special meeting of The Five Families, not only to gauge whether The Novaks have gained allies, but possibly to announce their wedding date. General Hospital viewers know that Jason and Carly will feel given the threat to Josslyn and that Joey Novak knew everything about her, from where she will be going to school to her place on the volleyball team and when they practice, it’s a serious threat! Josslyn has been surveilled by the Novaks , and likely Cameron too without their knowledge. Carly assigned a guard to Josslyn who was young looking enough to fit in with the kids her age and not be obvious. Jason and Carly have both presented themselves separately and together as a real couple, after all, optics are crucial in a situation like they have found themselves in! They will come to the decision that they must marry, and in a very big and public way to diminish the threat from The Five Families! After all, The Five Families and in particular the Novaks must be able to see and believe that the marriage is real and not just a stunt!