GH Spoilers: Victor Visits Peter, Does He Fame Someone For Murder? 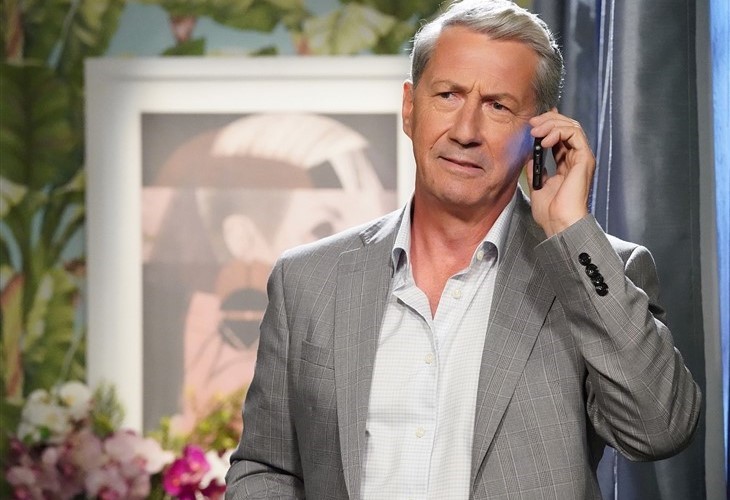 General Hospital’s Victor Cassadine (Charles Shaughnessy) will soon be visiting someone who is in the hospital. Has Victor decided to take out his revenge on Peter August (Wes Ramsey) and framed someone else for murder?

General Hospital’s Victor has vowed revenge on Peter. After all, Peter threatened to kill Victor. Peter threatened Liesl Obrecht (Kathleen Gati). Peter is behind the collapse in the tunnels on Cassadine Island. Peter lost Drew Cain (Cameron Mathison) before ending up in WSB custody. Peter also never gave Victor the control that he promised him of this soldier boy. Victor does not take lightly to being double-crossed and that is exactly what Peter did. The WSB has done nothing with Peter. Now that Peter has been poisoned, Victor can knock him off and frame someone else for the crime. After all, everyone in Port Charles wants Peter dead. Who will get the blame if Victor does take him out? Victor isn’t about to let Peter’s double-cross go unpunished.

General Hospital’s Maxie Jones (Kirsten Storms) wants Peter dead more than anyone. Maxie wants to bring her daughter home and she can’t as long as Peter is alive. Victor could certainly frame Maxie for Peter’s death. However, this would work better if he knew the truth about Maxie’s baby. Unless Liesl has told him, Victor is unlikely to know the truth. However, Maxie has announced that she wants Peter dead to more than one person. Maxie could still go down for Peter’s murder since her daughter is considered missing because of him. Will Maxie be framed for murder?

General Hospital’s Victor knows that Anna Devane (Finola Hughes) cares about Valentin Cassadine (James Patrick Stuart) who is supposed to be his son. Victor also knows that Anna wants Peter to pay. Victor could kill two birds with one stone by framing Anna. After all, Anna would be out of Valentin’s life and out of the WSB. Will Victor frame Anna to keep her from figuring out what he is up to in Port Charles? Valentin knows not to trust Victor at all and could be the only person to clear Anna’s name if this happens.

Peter has several enemies that could make for the perfect whodunit story if the writers would go this route. Will Peter finally meet his demise? Who will get the blame for Peter’s death? Are things about to get back to normal in Port Charles or a whole lot more complicated thanks to Victor?