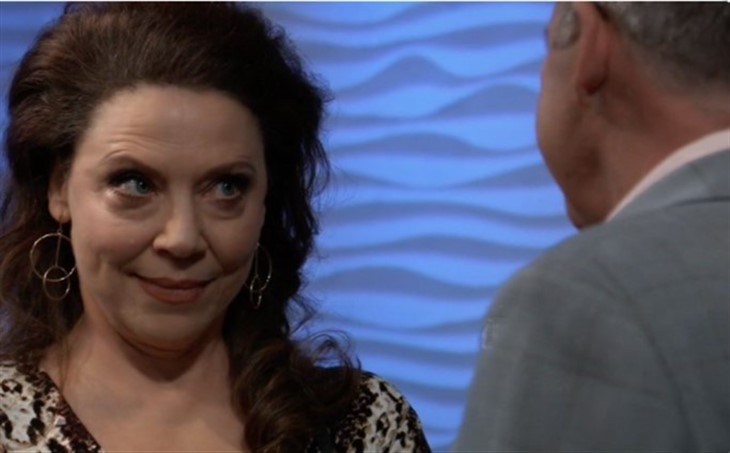 General Hospital (GH) spoilers reveal that one of the hottest, cutest and quirkiest romance to bust out in Port Charles, New York is now playing out on our screens and fans are here for it.

Scotty Baldwin (Kin Shriner) and Liesl Obrecht (Kathleen Gati) have found something magical between them. This is most unexpected and has taken fans by surprise. Tons of fans are digging the dynamic between these two as it continues to evolve from its infancy stage.

General Hospital Spoilers – Scotty Baldwin Has Been A Lot Of Things

Let’s cut to the chase and say this is a romance between two mature adults. They’re not teens and that’s what makes the stakes so high. They have been to plenty of rodeos and most seemed to end badly. They are both highly strung, intensely emotional characters and that alone brings an incredible level of electricity to the screen.

To say that these characters are complicated would be an understatement. Each is the equivalent of a hundred sticks of dynamite, capable of doing anything at any time—legal or otherwise. Where is this budding romance going?

GH Spoilers -Liesl Obrecht Has Quite A Past

Eyebrows are being raised over this pairing. Scotty is supposed to be on the right side of the law although he’s spent decades on the shady side. Liesl however has never been successfully rehabbed. She is a spicy vixen, one who knows zero boundaries in regard to what she wants. Right now she wants Peter August (Wes Ramsy) dead and so does Scotty.

It’s just as likely that these two go down in flames, victims of their own passion for justice where Peter is concerned. He killed Scott’s son Franco Baldwin (Roger Howarth) and framed Liesl for all sorts of crimes. This connection initially brought them together, will they have enough to stay together if that situation resolves?

Time will tell. But for now, fans are loving seeing these two outsiders bond and enjoy life in their own unique way. They are cute as teens when they giggle and lock eyes. Liesl’s daughter just found out about the liaison and couldn’t believe her eyes. As shocked as she was, she found the union rather charming and old school in an adorable kind of way. What do you think happens next for this unlikely pair? Tell us your thought GH fans!
Be sure to catch up on everything happening with GH right now. Come back here often for General Hospital spoilers, news, and updates.