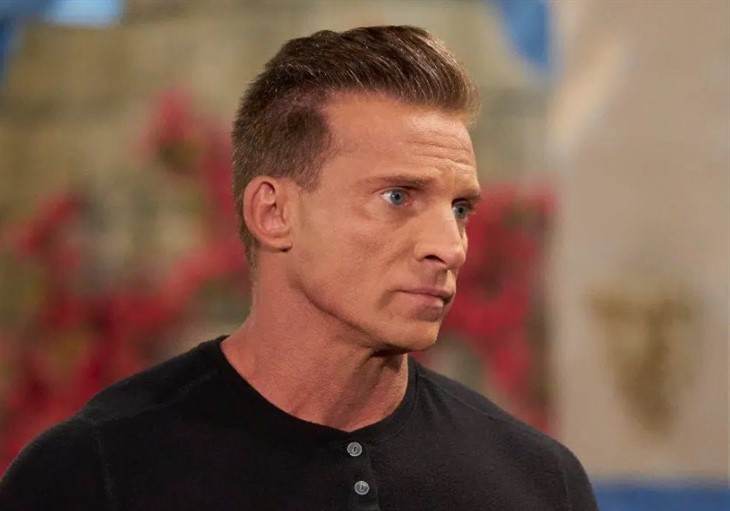 General Hospital spoilers for Tuesday, November 23, 2021, reveal a day of wait and fear in Port Charles — and over on Cassadine Island.

After an absolutely boring and idyllic pregnancy that didn’t seem soap opera-like at all, Sasha Gilmore (Sofia Mattsson) had a tumultuous labor that resulted in a placental abruption and an emergency C-section.

Brando Corbin (Johnny Wactor) was right there by her side when their son was born, but then things went further south for the baby — and for Sasha when she started losing too much blood. The baby ended up in the NICU and then Sasha seemed like she was going to be fine. And soon she will get a very unexpected visitor to be there for comfort as she waits for word on her son.

GH Spoilers – On Tuesday, Sasha Gilmore Gets An unexpected Visitor When

After all that happened with Sasha and her grandchild, Gladys Corbin (Bonnie Burroughs) is beside herself and Sonny Corinthos (Maurice Benard) and Carly Corinthos (Laura Wright) decide to put their differences aside with Mike Corbin’s cousin and be there for her when she really needs support

Now that Harrison Chase (Josh Swickard) knows just who Bailey Louise really is, he claims to be the baby’s father. He also needs to make plans with Brook Lynn (Amanda Setton) on what their next steps will be. He knows the key to it all is catching Peter August (Wes Ramsey) so Maxie Jones (Kirsten Storms) can be reunited with their baby but how do they make that happen since nobody can seem to catch Peter and he looks to be invincible.

Meanwhile, a heartbroken and dejected Valentin Cassadine (James Patrick Stuart) makes a promise to Maxie that he will help her find her baby now that he doesn’t have his own baby to focus on. Little does he know…

Over on Cassadine Island, Peter seems to have escaped death once more even with Anna Devane (Finola Hughes) and Robert Scorpio (Tristan Rogers) holding their guns on him and Anna stepping on his hand.

Now, they wait — and who they are waiting for looks to be Jason Morgan (Steve Burton). And, it doesn’t look good at all as he seems buried beneath the rubble. Hopefully, the WSB doesn’t let Peter escape. Stay tuned to General Hospital weekdays to see how these stories play out.