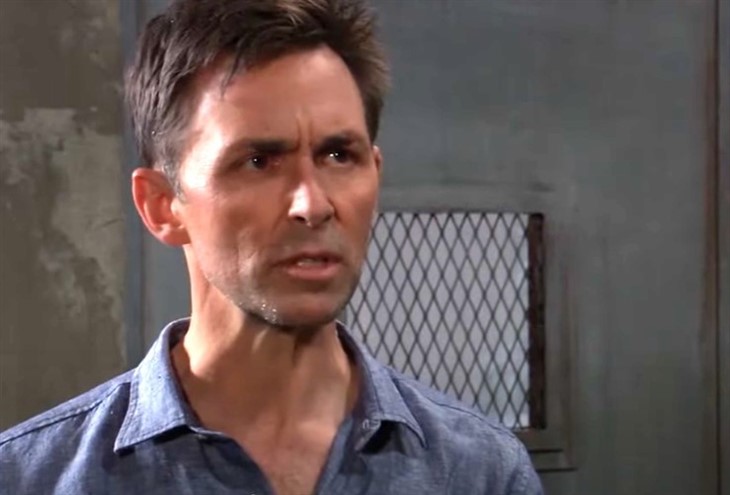 General Hospital’s Valentin has been rushed to the hospital and straight into surgery in an attempt to save his life. Peter, who Valentin had mentored most of his life. Of course, Valentin is also responsible for turning Peter over to Faison as a child too. Before help arrived, Valentin was convinced that he was going to die and Anna Devane (Finola Hughes) kept encouraging him to hang on. Valentin was worried about his daughter Charlotte Cassadine (Scarlett Fernandez) and Bailey Quartermaine (Harper and Scarlett Bloom) who Valentin believes is his child. Anna feels partially to blame because she left Valentin alone at the bar where he was drugged. Anna believes that she should have realized that something more was going on. Anna also has feelings for Valentin which makes things worse. Will Valentin survive the surgery?

GH Spoilers – Anna DeVane Is On The Case

General Hospital’s Anna and Robert Scorpio (Tristan Rogers) have Victor Cassadine (Charles Shaughnessy) in custody. However, Victor is about to work out a deal to be turned loose by the WSB. This, unfortunately, means that Victor will be in Port Charles stirring up trouble as well. Is Port Charles ready for Victor to return? Has Victor and Nicolas Cassadine (Marcus Coloma) been working together all this time? Do Nicolas and Victor have plans for Port Charles that no one sees coming? Will Anna discover the connection before it’s too late?

General Hospital’s James has several irons in the fire but none of his outside projects seem to interfere with his work schedule. Valentin is trying to save everyone else on the island before he is taken to the hospital. After all, Valentin just learned that Victor is supposedly his father. Valentin is also determined to bring down Peter as well. Valentin is also making progress with Anna after all these years. Valentin has a promising future and wouldn’t want to leave his daughter or Anna at this time. It is also very close to November sweeps which begin October 28th. The drama on Cassadine Island could certainly last until sweeps begin at least if not longer. Of course, it is highly likely that things will carry over into Port Charles as well. Valentin probably isn’t ready to check out yet because there is too much left unresolved in his life.

Will Valentin and Drew Cain (Cameron Mathison) both make it home? Will Liesl Obrecht (Kathleen Gati) be found as well? Will Valentin survive his shooting at all?

Days Of Our Lives (DOOL) Spoilers: Paulina Terrified Of Marlena – Jake In Trouble