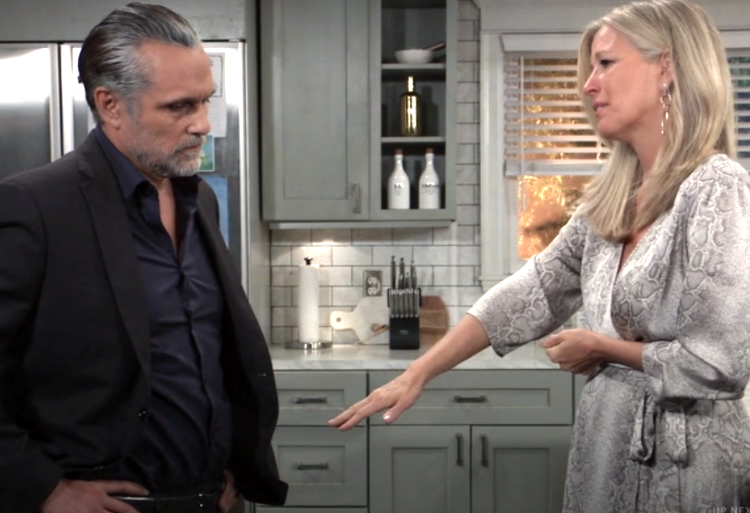 General Hospital (GH) spoilers for Tuesday, December 28, 2021, reveal Willow Tait spilling all on the witness stand and Carly Corinthos looking like she is about to take out her claws and create a super-sonic hurricane to take everyone around her out.

General Hospital Spoilers – Will Sonny Corinthos Fess Up Next?

Willow (Katelyn MacMullen) told the truth on the stand because the idea of going to jail again was too much for her to bear — plus Scott Baldwin (Kin Shriner) pretty much badgered it out of her and we applauded it all. Carly (Laura Wright) looks like she is about to blow a gasket, Michael Corinthos (Chad Duell) looks confused, Nina Reeves (Cynthia Watros) looks like she is about to melt, and Sonny Corinthos (Maurice Benard) looks like he wants to run away and hide, which he almost did but Carly wouldn’t let him.

Well, Sonny can’t run nor can he hide because he is called to the stand once again and asked if he thinks that Nina committed a crime by not telling him who he was. What will he say? Because we all know he didn’t even want to know who he was even when Nina tried to tell him.

GH Spoilers – Curtis Ashford Has A Lot Of Questions

Curtis Ashford (Donnell Turner) still can’t believe his father is not only alive but also in Port Charles, yet he can’t find any information on him at all. He has to ask Aunt Stella (Vernee Watson) what she knows but Stella does her best to keep her mouth shut because she is clearly hiding a big secret.

Meanwhile, TJ Ashford (Tajh Bellow) and Shawn Butler (Sean Blakemore) have a discussion and Shawn thinks TJ is keeping something from him.

Over at the hospital, Olivia Quartermaine (Lisa LoCicero) is a nervous wreck as she and Ned Quartermaine (Wally Kurth) wait for Leo’s official diagnosis of autism. Olivia wonders if maybe she won’t be able to give Leo what he needs.

Elsewhere, Lisel Obrecht (Kathleen Gati) and Britt Westbourne (Kelly Thiebaud) have a talk and Britt tells her mother all about Mrs. Wu’s (Lydia Look) warnings regarding Brad Cooper (Parry Shen). Liesl tells her daughter to do exactly what she wants to do because why should anyone rule her actions? Stay tuned to General Hospital weekdays to see how these stories play out.

How Did Sister Wives Star Robyn Brown Earn The Derision Of Fans?