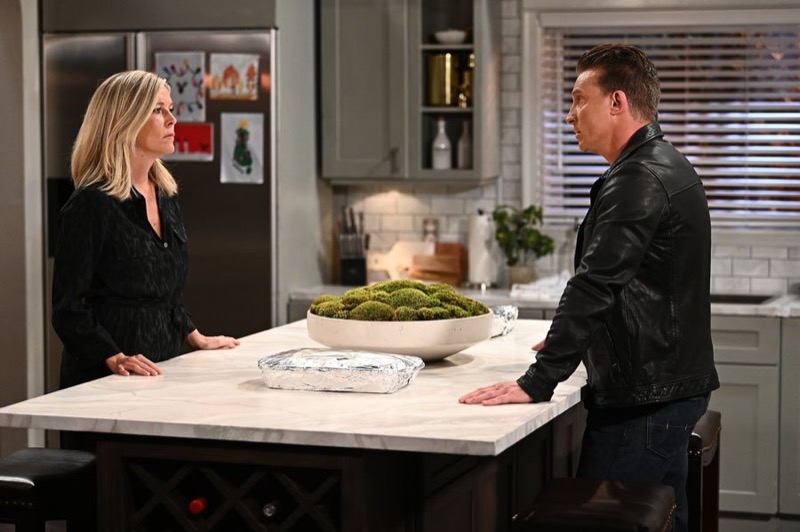 General Hospital (GH) spoilers suggest that a major Port Charles event is coming up September 17 and all are invited. Will this wedding go off without a hitch?

Jason And Carly Are Committed

General Hospital’s Jason Morgan (Steve Burton) and Carly Corinthos (Laura Wright) have been committed to each other for years. However, Jason stepped aside when he realized that Carly was in love with his best friend, Sonny Corinthos (Maurice Benard). Jason knew that Sonny and Carly could make a family together and give his nephew, Michael Corinthos (Chad Duell) a stable home. After all, Carly had left Michael with Jason for the first year of his life and he loved that boy with his whole heart. Jason got past his feelings for Carly and moved on to have children of his own as well. Now it seems that the couple have come full circle and need to unite to save each other’s lives. Carly and Jason not only have to protect the Corinthos Organization, but they also must protect themselves as well.

Marry Carly Or Eliminate Her

The five families have ordered Jason to either kill Carly or marry her. Carly knows too much about the other families to remain alive if she is not a part of the organization. Jason must get this wedding done as quickly as possible. Carly is in danger until the wedding takes place. Jason also plans to make the families pay for this ultimatum. Jason does not like to be forced to act and the families will regret this decision. However, these things take time and Jason needs to play his strategy well.

Will Sonny Return For The Wedding?

General Hospital’s Sonny has been gone for months. Sonny hasn’t put much effort into looking for his family because no one seems to be searching for him. Sonny has no idea that Jason and Carly believe he died when he fell off that bridge. However, Sonny has been getting some memories back and the blonde woman is still in his dreams. Unfortunately, Sonny cannot see her face, so he has no idea who she is. The news of Jason and Carly’s wedding will reach near and far and could get back to the people of Nixon Falls. Could Sonny finally see a photo of Carly and remember his life? Will Sonny arrive before the wedding takes place?