90 Day Fiancé: Yara Could be Pregnant With Baby #2 Per Tell-All 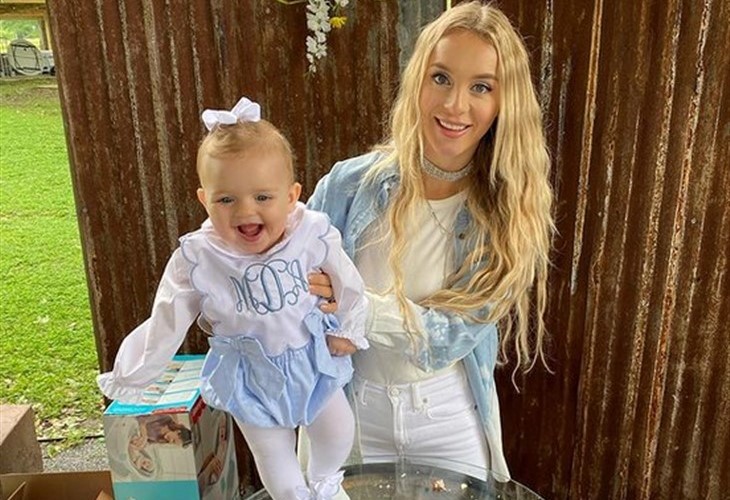 On season 6 of the 90 Day Fiancé: Happily Ever After? tell-all Yara Zaya kindled rumors letting on that she might be pregnant with her second child with husband Jovi Dufren.

In a sneak peek of the second part of the tell-all we can see host, Shaun Robinson, ask the couple about their plans to have more kids at which time they both bust out in laughter.

The 27-year-old Ukrainian native indicated that she hadn’t had a period in while and her mother gushes in a video, “Yara! You’re pregnant!

Fans will need to tune into 90 Day Fiancé to confirm the baby rumors, but we have already been blessed to accompany the two on their first journey to parenthood.

We learned of the couple’s first pregnancy, shortly after Yara’s arrival into the United States, in January of 2020 and season 8 of 90 Day Fiancé saw the pregnancy come to term and the arrival of their first child in September 2020, a daughter they named Mylah.

The couple went on to share more of their family life, in Happily Ever After?, as they entered this new and exciting world of parenting.

During this time, and because of Jovi’s job, Yara spent the first part of Mylah’s life as the sole caregiver.

After returning from a long stint at work, Jovi arrived at their new apartment in New Orleans suburbia.

It took some time for him to adjust to being a dad as he had been accustomed to the party life in the city.

It didn’t take long for drama to ensue as Jovi confronts his wife for changing since becoming a mother.

He tells Yara that she’s changed, saying, “I mean, I miss the old Yara,” and adding that, “You were fun.”

He tried to assure her by saying that she’s a good mom but then he sort of spoils that by adding that she’s also “no fun.” He indicates that the two need to have a weekend away just the two of them and then he gets a bit serious saying, “I want this life, but at the same time, you need to stop being a crazy mom and thinking that you can’t leave your baby.”

The family did end up taking a vacation together to Miami taking Yara’s mother along to watch the baby.

Catch the second installment of the 90 Day Fiancé: Happily Ever After? season 6 tell-all on TLC Sunday, August 22 at 8 PM ET.

DOOL Spoilers: Nicole Has A Decision To Make – A Wedding To Remember