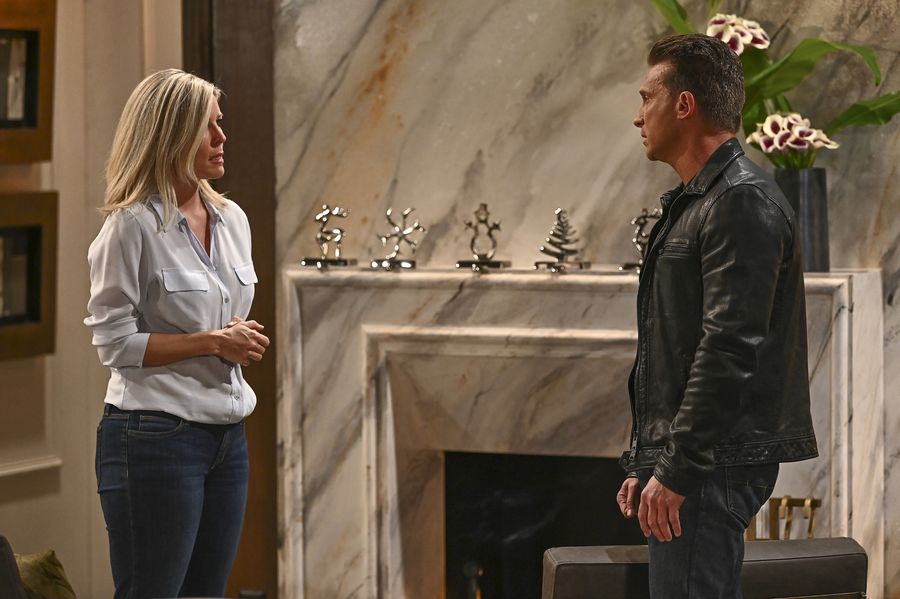 General Hospital (GH) spoilers for Thursday, August 19, 2021, reveal Carly becoming sad and hurt because it doesn’t look like Jason actually wants to marry her. Instead, he just seems resigned to it.

General Hospital Spoilers: A Marriage of Convenience…or Not?

Jason (Steve Burton) believes he is marrying Carly (Laura Wright) for her safety and for the sake of the business. That’s how Carly proposed the idea to him — so to speak — and he hasn’t veered from that thought. After all, he was enjoying a new relationship with Britt (Kelly Thiebaud) when Carly somehow managed to convince him this was the right move to make.

Sadly, the Five Families aren’t quite happy with the idea and are not sure that they can trust this marriage — or Carly Corinthos. This leads Jason to want to get married quick and move up the wedding date. After all, that’s what’s best for the coffee business right now and that’s all Jason is thinking about.

Well, that’s not all Carly is thinking about. She has dreamed of this day for decades — the chance to finally marry Jason Morgan, even if it is just for convenience sake, or so she says. She may give up the game on Thursday when she asks Jason if any part of this wedding will be about them. Does Jason wonder what ‘them’ she is talking about?

Spencer (Nicholas Chavez) apparently gets another huge surprise out there on the Wyndemere parapet where he is bonding with Trina (Sydney Mikayla). That surprise leads him to need some consolation and Trina is there to provide it — in a good friend kind of way. He knows he likes her and wants to know more about her.

In the living room, Spencer’s father is getting more of a talk-to from his grandmother. Laura (Genie Francis) is still furious and warns Nikolas (Marcus Coloma) that one more bad parenting move and he could lose Spencer for good.

Over at the hospital, Ava (Maura West) remains a frantic mess and wonders if a psychopath named Ryan Chamberlain (Jon Lindstrom) is still after her.

At least there are some good times over at The Bayou. Epiphany (Sonya Eddy) is back working at the hospital and lays into Britt (Kelly Thiebaud). Does she promise payback for bad treatment? It also looks like all the nurses are together again as they propose a toast. Are they toasting the upcoming Nurses’ Ball? Stay tuned to General Hospital weekdays to see how these stories play out.