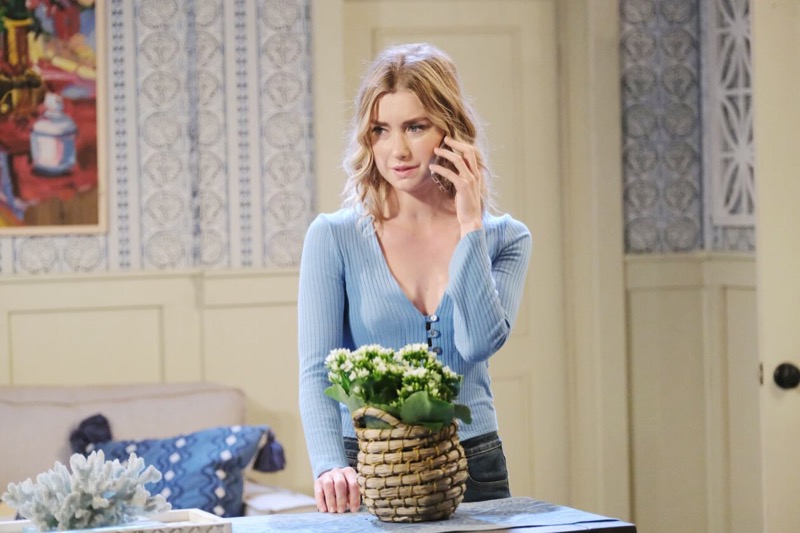 Days of Our Lives (DOOL) spoilers for Thursday, August 19, 2021, reveal in Salem Ciara getting surprising news and Claire getting a surprising request.

Days of Our Lives Spoilers: Ben And Theo Bring Some Shockers

Now that Ciara (Victoria Konefal) has her memory back, Ben Weston (Robert Scott Wilson) feels that everything is almost right with the world — but not quite. He finally decides to tell Ciara that he kissed Claire when she was in South Africa with Theo (Cameron Johnson). Ciara says she understands. After all, she took off with another man to another continent and then brought him back to Salem and almost married him. Ben couldn’t be more thrilled by her reaction and then he has yet another surprise that is sure to make Ciara’s day.

Meanwhile, Claire (Isabel Durant) is feeling lost in life until Theo makes a suggestion that could change everything. Why not come with him to South Africa? It’s like if people can’t have Ciara, Claire becomes the consolation prize. No wonder she tried to set Ciara on fire and stabbed Tripp (Lucas Adams). Will Claire agree to play second once again? It would give her a new chapter in her life and maybe she and Theo were always meant to be….

Chanel (Raven Bowens) seems to have given up on a romance with Allie (Lindsay Arnold) and decides she can just be her best girlfriend like she was in Europe. To that end, she tells Allie all about the new guy she met before — a guy named Giovanni. Will Allie put two and two together and figure out that her brother, Johnny (Carson Boatman), is in town? It would be quite a twist if Chanel becomes the center of a triangle involving Sami’s two twins by two different fathers? How long will Johnny keep his real identity from Chanel?

And now that Johnny has decided he will remain in his hometown of Salem, EJ (Daniel Feuerriegel) wants him to join the family business. Johnny isn’t thrilled about the idea so EJ enlists Chad’s (Billy Flynn) help to convince him. What does DiMera Enterprises do anyway? Wasn’t Stefano (Joseph Mascolo) a mastermind organized criminal? Stay tuned to Days of Our Lives weekdays to see how these stories play out.