GH Spoilers: Sonny Shocks Everyone With An Unexpected Gesture 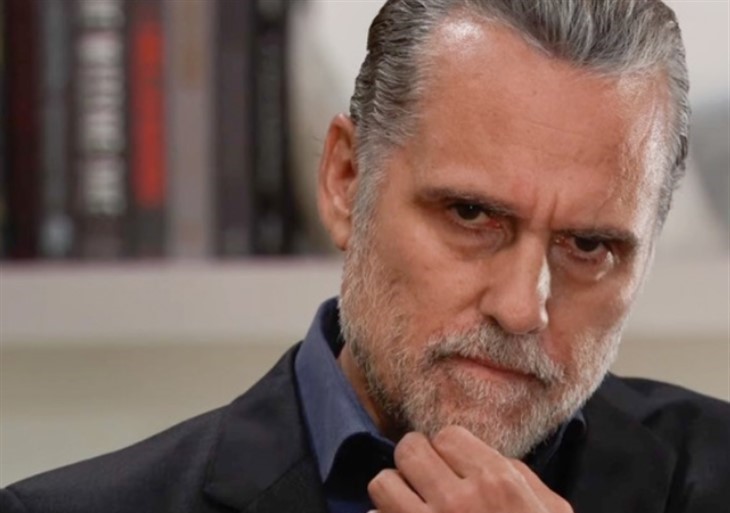 General Hospital (GH) spoilers tease that Sonny Corinthos (Maurice Benard) will shock everyone with an unexpected gesture in an upcoming episode of General Hospital!

General Hospital Spoilers – Brad Cooper’s Parole Hearing Is Coming Up, And Ms. Wu Had A Request

General Hospital viewers will recall from a recent episode of General Hospital, that Ms. Wu (Lydia Look) had a request of Sonny. They met privately, and she revealed that Brad Cooper (Parry Shen) is her nephew. Longtime General Hospital viewers will remember that Brad was adopted, and his birth parents had been members of the Wu crime family, and Ms. Wu told Sonny her late brother had been Brad’s father. She wanted him to make a promise of non-retaliation against Brad, since Brad had kept what he knew about Wiley Corinthos (Kyler and Caleb Ends) to himself until the tot was nearly two years old!

It was only after he and Lucas Jones (Matt Trudeau) had been in a serious accident, and Brad confessed to him immediately before the crash that the truth came out. Lucas suffered a serious head injury which affected his brain and he had amnesia for several months; at a family gathering of the Corinthos family he remembered everything and that “Wiley Cooper-Jones” was really Jonah Corinthos, with Michael deciding to keep Wiley as his name. He was old enough to know his name was Wiley, and besides, it had been Nelle Benson (Chloe Lanier) who had given him the name “Jonah”.

General Hospital viewers know that Michael Corinthos (Chad Duell) and Willow Tait (Katelyn MacMullen) will be at Brad’s parole hearing to make victim impact statements! But they have no clue that Sonny has made a prior agreement with Ms. Wu not to retaliate – and a victim impact statement could be considered a form of retaliation if it keeps Brad behind bars. General Hospital viewers can understand why Michael and Willow want Brad to stay incarcerated – for nearly two years Michael had grieved his dead baby, and Willow had gotten attached to her live baby who was adopted by Brad and Lucas, and was allowed to be part of his life when the threat of Willow’s baby daddy, Shiloh Archer (Coby Ryan McLaughlin) had still loomed.

But little did they know that Brad, with Wiley Cooper-Jones dead of crib death in the backseat of his car, came across Nelle holding a living Jonah Corinthos at the side of the road, not long after Liesl Obrecht (Kathleen Gati) who was on the run at the time had delivered Jonah. When the truth came out Michael and Willow were happy Jonah was alive but Willow had to grieve Wiley Cooper-Jones, her own baby!

General Hospital viewers will see Sonny and Carly Corinthos (Laura Wright) support Michael and Willow at the parole hearing, but when it’s Sonny’s turn to speak he’ll refuse to make a statement because of his prior agreement with Ms. Wu! Michael won’t like seeing this and Carly will be dumbfounded! General Hospital viewers can imagine that Carly won’t have any problems at all tearing down on Brad, focusing on the deceit’s repercussions on her brother Lucas and her son Michael.

Days Of Our Lives Spoilers: Parents Trapped-Allie Tries To Get Lucas And Sami Back Together