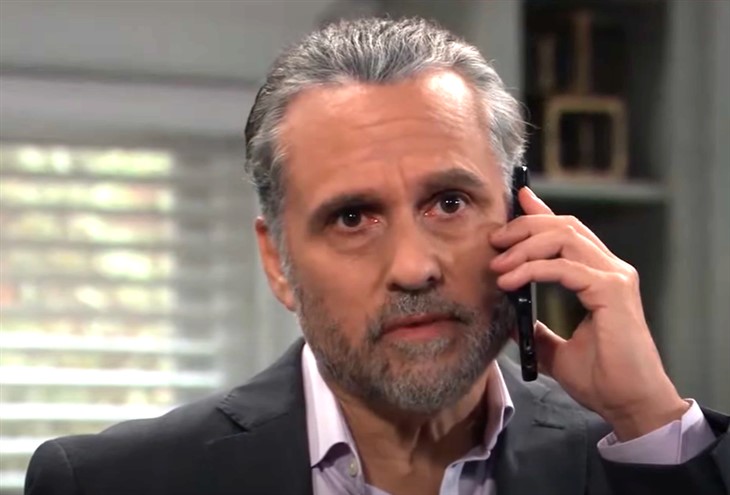 General Hospital (GH) spoilers and updates tease Sonny Corinthos (Maurice Benard) is settling into his life in Port Charles. Sonny has been away from his home and loved ones for nine months. Sonny was presumed dead after falling from a bridge in New Jersey. Sonny found his way to Nixon Falls and got help from Phyllis Caulfield (Joyce Guy) and her late husband Lenny Caulfield (Rif Hutton). Sonny had amnesia but has been able to get his memories back. Sonny is trying to help his family with different problems.

Sonny has been upset that Spencer Cassadine (Nicholas Chavez) has gotten himself into legal trouble. Spencer is the son of Sonny’s sister Courtney Matthews (Alicia Leigh Willis). Spencer had been stalking his father Nikolas Cassadine (Marcus Coloma) and his wife Ava Jerome-Cassadine (Maura West). Spencer even made Ava believe that her daughter Avery Jerome-Corinthos (Ava and Grace Scarola) was in danger. Sonny was upset that Spencer would involve Avery because she is his daughter. Sonny believes that Spencer can find a way to overcome his problems. Sonny wants Spencer to become a man that Courtney would be proud of.

Sonny will want to help Alexis Davis (Nancy Lee Grahn). Alexis is the mother of his daughter Kristina Corinthos-Davis (Lexi Ainsworth). Alexis has had legal trouble because she accidently attacked Dante Falconari (Dominic Zamprogna). Alexis went to jail and has been given a pardon for her crime. Alexis is unsure about how to get her life back on track. Sonny had been away from his life and is trying to find a way to get back to get his life back. Sonny could help Alexis to figure out what she wants to do with her newfound freedom.

Sonny has been able to help Brando Corbin (Johnny Wactor) in the past. Brando is part of Sonny’s family from his father Mike Corbin’s (Max Gail) side of the family. Brando and his girlfriend Sasha Gilmore (Sofia Mattsson) are expecting a child. Sasha does not want Brando to help Sonny with his mafia organization. Sonny understands that Brando does not want to be a part of the mafia. Sonny had helped Brando get a mechanic shop. Brando has been grateful for Sonny’s help. Brando is unsure about his future as a father. Sonny may be able to put Brando’s mind at ease by reminding him that he was able to help Dev Cerci (Ashton Arbab) when he needed someone to be his father.

GH Spoilers – Sonny Corinthos Helps His Family with Their Problems

General Hospital Sonny wants to help make sure that his family can find a way to face their challenges. Sonny wants Spencer to be able to have a good future for himself. Can Sonny help Spencer to find his way? Sonny wants Alexis to find the right direction for her life. Can Sonny help Alexis to decide what she wants for her life? Sonny wants Brando to be able to be a good father to his child and have a bright future with Sasha. Can Sonny find a way to help Brando get the life he wants with Sasha and his child? Be sure to catch up on everything happening with GH right now. Come back here often for General Hospital spoilers, news, and updates.

Days Of Our Lives (DOOL) Spoilers: Wedding Day Drama For Abe And Paulina