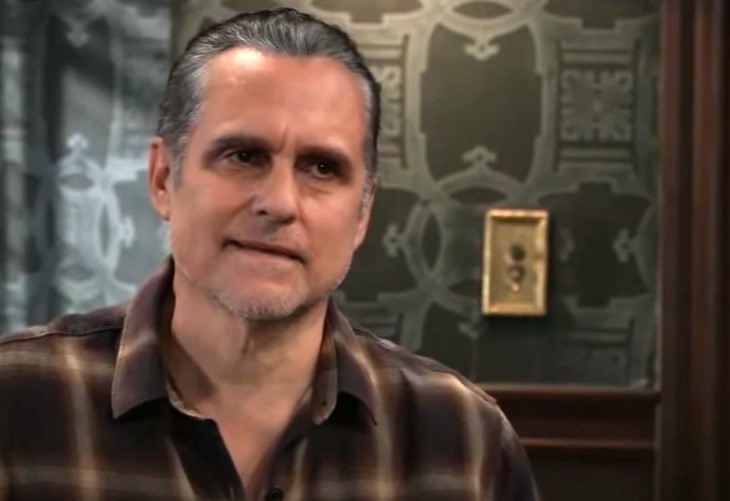 General Hospital spoilers indicate that Sonny Corinthos (Maurice Benard) is ready and willing to head to Port Charles to get his wife. Sonny has no idea that Carly Corinthos (Laura Wright) just married their best friend, Jason Morgan (Steve Burton). Will Sonny get his wife back now that his memory has returned?

General Hospital Spoilers – Sonny Corinthos Has Been Gone For Months

General Hospital’s Sonny has been missing for almost a year. Everyone in Sonny’s family thought that he was dead. Sonny has no idea that the five families were threatening to kill both Carly and Jason. Sonny just knows that he has been kept from his family way too long and is rushing home to his wife and kids. Sonny wants to go back to his life and his family. However, Sonny is about to be shocked by what he finds. How will Sonny react to all the changes since he has been gone? Will Sonny understand why Carly and Jason got married?

General Hospital’s Sonny is about to walk into a mob war and he has no idea about it. Unless Jasper “Jax” Jacks (Ingo Rademacher) fills him in on everything, Sonny is going to be walking into this blind. However, Jason has already taken steps against part of the five families. This does not mean that retaliation is not a possibility or that Sonny won’t get caught in the crossfire before he makes it home. Jax has the jet and can give everyone an update and give Sonny a ride but will he? Since Sonny has no transportation, will Phyllis Caulfield (Joyce Guy) take him home instead?

General Hospital’s Carly may have developed feelings for Jason, but Sonny wants his wife back. Sonny did not leave on his own, he almost drown. As soon as Sonny got his memory back, his determination to get back to Carly is what saved his life. Sonny may understand why Carly married Jason, but he is not likely to be happy about it. However, now that Sonny is alive, Carly’s marriage to Jason should be invalid. Will Carly and Sonny pick up where they left off? Will Jason fight for Carly even though his best friend just returned home? Is there any way that Jason and Sonny can be as close as they once were?

Sonny has taken Carly from Jason before and will probably do it again this time. Hopefully, they won’t feel the need to have an affair behind his back after opening up old feelings again.