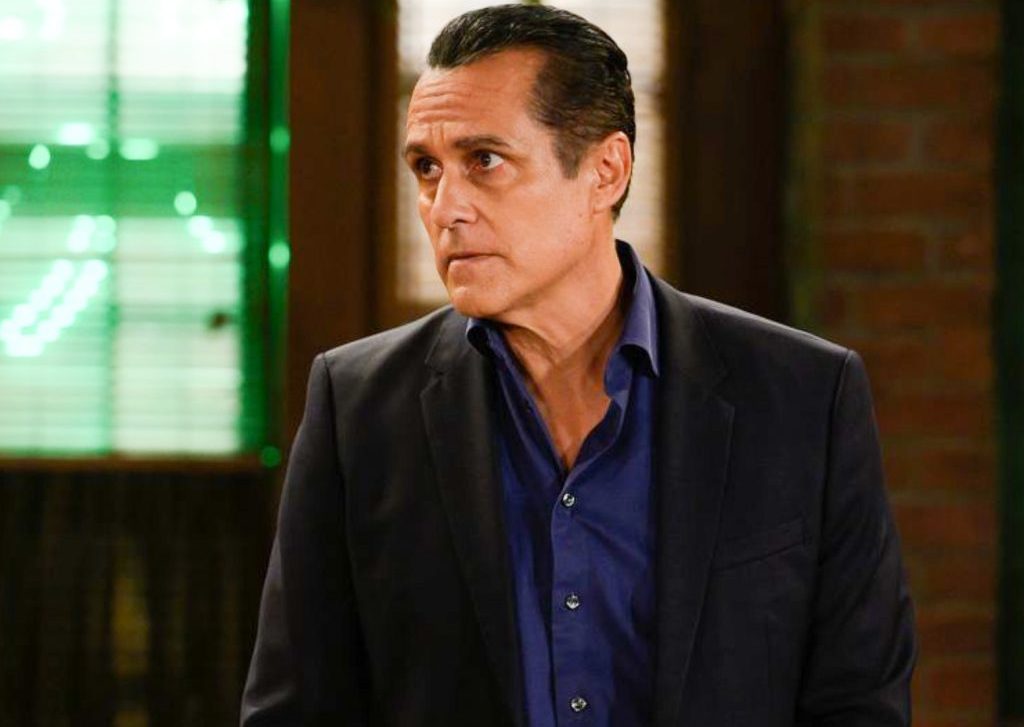 General Hospital viewers will recall that Sonny got his full memories back in recent episodes of General Hospital. Peter August (Wes Ramsey) set fire to the Tan-O with Nina Reeves (Cynthia Watros) and Phyllis Caulfield (Joyce Guy) tied to chairs inside, and Jasper “Jax” Jacks (Ingo Rademacher) and he were arguing in another location. They came back to find the Tan-O fully involved, and although they were able to get the two women out safely, Sonny was trapped under collapsing debris and passed out for a while. While he was unconscious, his late father Mike Corbin (Max Gail) came to him, as he did when he washed up in the snow and helped Sonny “come back”. Sonny was able to get himself up and out of the still burning Tan-O with his memories restored. Viewers will recall that Nina got quite an earful from Sonny who was no longer amnesiac “Mike!”

GH Spoilers – Sonny Corinthos Returns With None Of “Mike” Intact

General Hospital viewers can expect that Sonny will return as full force Sonny, with none of the “Mike” persona left intact. Sonny was hurt by Nina’s keeping his identity a secret from him, however but that’s nothing compared to what else he will find out has happened over the last year or so. General Hospital viewers will see the Sonny of a year ago, before he was presumed dead for a year. All he will want to do is get back to his family! He doesn’t feel like he has been gone for a year, and knows he has been deceived by Nina.

General Hospital viewers know that Sonny just wants to get home to Carly Corinthos (Laura Wright) in particular, finally having seen her face in his memories and remembering who he was and that Carly was his wife. Sonny has no idea what has transpired in his absence, and Jax tried to convince Nina to tell him but she wouldn’t. Nina still wanted to hang on to “Mike” even though he was back to being Sonny and even told him they could start fresh with each other because she honestly loves him – he didn’t take that so well! General Hospital viewers will recall that Phyllis had verified to him that Nina had withheld the truth about who he was from him for nearly a year, even though as “Mike” he really hadn’t wanted to know!

General Hospital viewers know that Jason Morgan (Steve Burton) and Carly got married to protect Carly from violence from the Five Families, but Sonny has no idea when he returns. In Soap Opera Digest, Maurice Benard implies that Sonny might just walk in on Jason and Carly during their wedding night and see them making out! General Hospital viewers will recall that Vincent Novak (Glenn Taranto) and Charles Buscema (Bart Tangredi) tried to blow the newlyweds up, but Jason had turned the tables on them and put the explosive device in their car! Sonny will walk into his house and have absolutely no warning of what had taken place while he was gone – and he’s not going to be happy! General Hospital viewers will see Sonny back in full force!