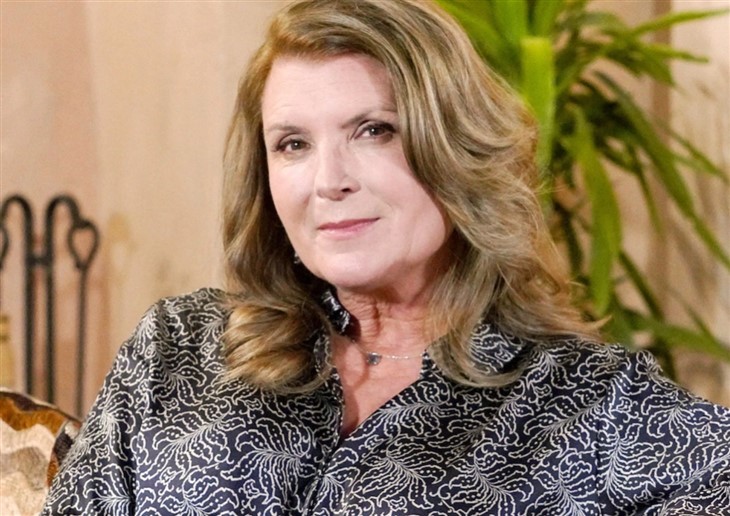 The Bold and the Beautiful spoilers document that several ladies have their eyes on various men. Sheila Carter’s (Kimberlin Brown) intent is to use Deacon Sharpe (Sean Kanan) as a means to an end. But will that effort also lead to love?

The Bold And The Beautiful Spoilers – Sheila Carter Is Outrageous

Incredibly, Sheila is roaming the streets of Los Angeles, California, despite all the crimes she provably committed through the years. So it is hardly a stretch to believe that the fake love match she concocted in the moment at Ill Giordino could develop into the real thing.

The ruse of Sheila and Deacon is delightful. But the reality of Shecon in the flesh, as a living and breathing couple, is just too great of an idea not to pursue. Bradley Bell, executive producer and head writer, along with his great behind-the-scenes staff are up to this task.

B&B Spoilers – Katie Logan Breaks From The Past

Doing the same thing repeatedly and experiencing similar results is good if success follows. But Katie has failed in her multiple relationship attempts with Bill. So why continue?

Katie has gotten to the point where Bill’s words are hollow. There are no compelling reasons to give him another chance. That is where Carter comes in.

Saint-Victor’s character has endured a battering romantic life back to last year. He and Katie are at similar spots in their lives and project as a believable pairing. Karter may be next.

Paris has Zende’s heart. He loves her and wants to build a life together. But Thomas is an intriguing option. So, Zaris might not endure.

The entire Forrester clan, other characters, and many in the audience want Queric to end. Donna is the lady who can make that happen. Her presence and love have already lit Eric’s fire. So, Deric is more than possible on B&B this fall.