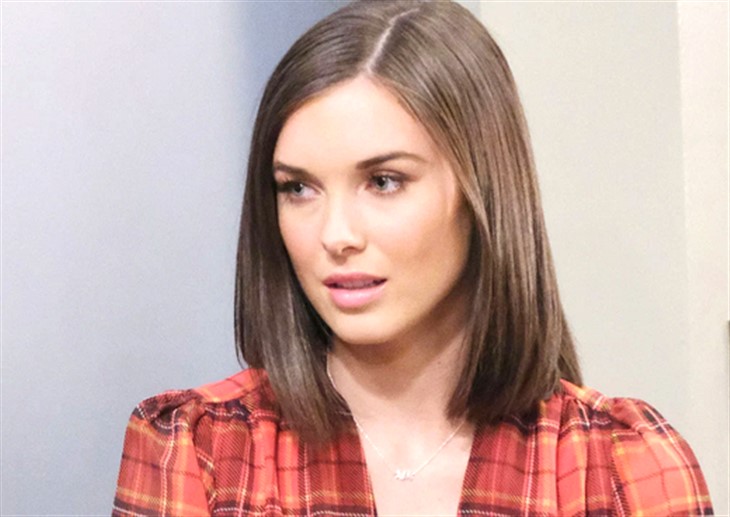 General Hospital (GH) spoilers tease that Willow Tait (Katelyn MacMullen) remains estranged from her mother, Harmony (Inga Cadranel). But time may be running out, if Harmony remains in Ryan Chamberlain’s (Jon Lindstrom) orbit. Willow and Harmony have had a strained relationship at best, due to Harmony’s former association with the cult Dawn of Day. Harmony was the second in command of DOD. One of Harmony’s duties was to recruit and then drug young women so the leader, Shiloh (Coby Ryan McLaughlin) could sleep with them as part of the initiation process. She even recruited Willow, her own daughter, who not only slept with Shiloh but became pregnant.

Realizing just how dangerous Dawn of Day was, Willow came to her senses and fled. But Shiloh continued to look for her. He eventually found her, and tried to get Harmony to help him get Willow back. It was at this point that Harmony finally turned against Shiloh. She even testified against him and received a lighter sentence. Harmony is free now, but Willow is still not ready to reconcile with her mother. Harmony has recently come back to Port Charles and is now working at the prison where both Alexis Davis (Nancy Lee Grahn) and Ryan Chamberlain (Jon Lindstrom) are currently incarcerated. Harmony is working to help a paralyzed and seemingly helpless Ryan write outgoing letters.

GH Spoilers – Ryan Chamberlain May Have Recovered More Than Anyone Knows.

Ryan won’t be happy when he realizes that one of the letters he wrote, and that was returned to sender, is missing. Nikolas Cassadine (Marcus Coloma) went through the letters Ryan has sent and discovered one written to his son, Spencer Cassadine (Nicholas Chavez). Ryan will certainly blame Harmony if he realizes the letter is missing. And if he is recovered more than it appears, she may just become his next victim!

General Hospital Spoilers – Willow Tait Will Be Upset With Herself.

Willow will likely blame herself if anything happens to Harmony. Harmony recently tried once again to mend fences with Willow but she was thrown out of the Quartermaine mansion by Harrison Chase (Josh Swickard). If this is the last communication between Willow and Harmony it will weight heavily on Willow’s conscience. And this will be just one more victim in Ryan Chamberlain’s long list.

Will Harmony and Willow be able to put the past behind them? Or will Ryan claim Harmony as his next victim? Will Willow blame herself or place the blame where it belongs? Anything can happen in Port Charles, so stay tuned to General Hosptial airing weekdays on ABC. And don’t forget to check back right here regularly for all your General Hospital news, information and spoilers!