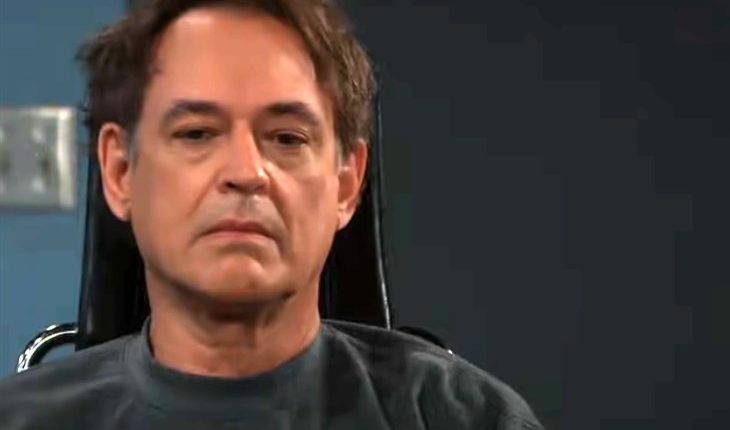 General Hospital (GH) spoilers indicate that Alexis Davis (Nancy Lee Grahn) could find herself in big trouble when Ryan Chamberlain (Jon Lindstrom) realizes she is onto him. Can Alexis survive Ryan?

General Hospital Spoilers – Alexis Davis Has Made Fun Of Ryan

Ryan is pretending to be a vegetable while going after Alexis’s nephew, Nikolas Cassadine (Marcus Coloma), and his son, Spencer Cassadine (Nicholas Chavez). However, General Hospital spoilers show Alexis is about to discover the truth and that could put her in grave danger. Will Ryan decide that Alexis needs to be eliminated so he can follow through with his plan? Can Alexis survive the wrath of Ryan? Alexis is no match for a serial killer and is going to need a great deal of help.

GH Spoilers – Harmony Miller May Be A Problem

Harmony would not be opposed to harming Alexis to get back at Sam on General Hospital. Harmony is attracted to men like Ryan and Shiloh. Will she try to kill Alexis on Ryan’s orders. Can Sam save her mother before she is killed? Will the truth about Ryan be discovered before it’s too late.

General Hospital’s Ryan may go after Alexis on his own. After all, Ryan believes he can get buy with anything he wants because he has before. Ryan’s brother Kevin Collins (Jon Lindstrom) may be covering for Ryan as well. Kevin tends to believe his brother deserves a chance and he has gotten several people killed with this. Kevin also doesn’t want his brother to die and the truth could cause his sentence to be changed if he kills again. Kevin is overly protective of his brother because of his abuse in the past. However, this could be putting all of Port Charles at risk. With Ryan targeting Nik and Spencer, part of Kevin’s family could be killed as well.

Has Kevin enabled Ryan to target Nik and Ava Cassadine (Maura West)? Would Kevin risk his marriage to protect his brother?