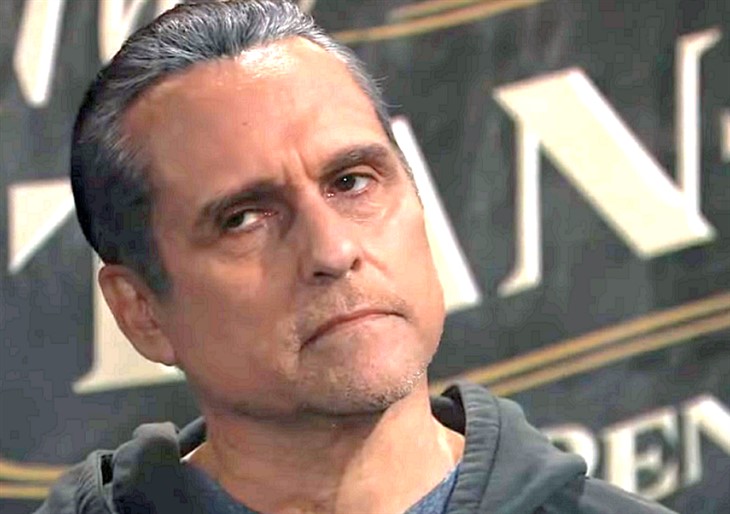 General Hospital spoilers indicate that Sonny Corinthos (Maurice Benard) is furious with the five families and their disrespect of his wife, Carly Corinthos (Laura Wright) and Jason Morgan (Steve Burton). Coming off of months of lies, Sonny returns with a vengeance. Will Sonny take out the five families?

General Hospital updates and spoilers reveal Sonny is back with a vengeance. Sonny has returned home to find his life turned upside down. Sonny’s wife and best friend have been pushed into a marriage because of the five families. Carly’s life has been threatened now that Jason has taken over as head of the organization.

The five families threatened to kill Carly if she did not marry Jason. Threatening a follow family member is not acceptable where Sonny is concerned. Sonny is not happy that his wife has gotten married to save her life. Sonny is determined to make a statement and the five families will not be happy. Sonny may decide to wipe them all out after threatening Carly.

General Hospital spoilers show Jason has taken the first step with the five families after finding out about the bomb placed in his car. However, now that Sonny is back and has the whole story, Jason’s hit was the tip of the iceberg. Sonny plans to make sure that he and his family will never be attacked again and is ready to take on all of them at once. Sonny has been crossed and isn’t about to let that go, especially when the families are working with Cyrus Renault (Jeff Kober). Cyrus has tried to take Sonny and his family out before and this is the ultimate betrayal.

Are General Hospital’s Port Charles and the five families ready for Sonny’s return? Sonny is about to return with a vengeance and everyone best get out of his way. Nina’s lies are fueling his fire just as much as Cyrus’ involvement in this latest hit. Port Charles is about to be turned upside down when the presumed dead mobster returns. Sonny is in a perfect position to hit everyone involved with the attack on his family and he is about to do just that. Sonny needs an outlet for his frustration and he has just found it.

Once Sonny is done he could control the territories of all five families. The only reason that Jason was warned about the bomb was because one family was left out of the decision. Will Sonny allow that family to stand or take them out as well?