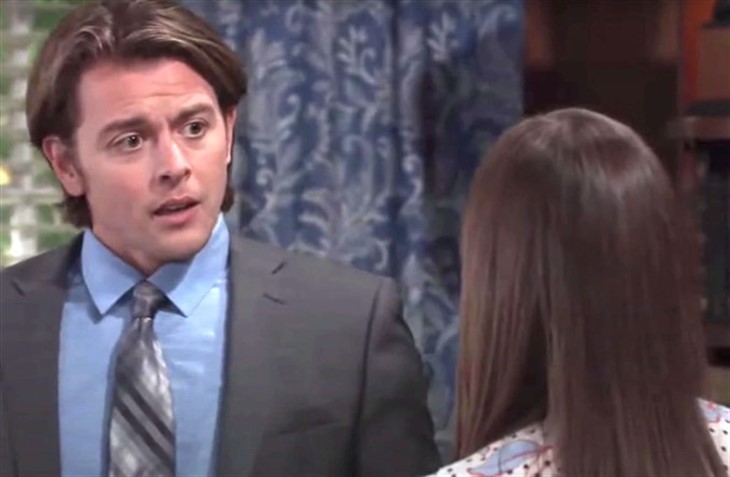 General Hospital (GH) spoilers and updates tease the desire to punish Nina could backfire and Michael ends up looking petty.Instead of making her pay she might come out the victor and the Corinthos marriage is destroyed.

General Hospital Spoilers – Michael Corinthos Does Not Know All The Facts

Michael Corinthos (Chad Duell) just did the very thing he has at times cautioned his mother about. Carly Corinthos (Laura Wright) often reacts to situations and takes action without first thinking it through. Her son had a DA from Llanview PA arrest Nina Reeves for what happened in Nixon Falls and this decision will come back to bite him. He does not know all the facts and his actions may lead to the end of his parents’ marriage.

GH Spoilers – Sonny orinthos Could Turn On His Son

Michael promised Willow Tait (Katelynn MacMullen) he would not go after his son’s grandmother by revoking her visitation rights. Willow pointed out that if Nina is convicted she could face jail time and be unable to see Wiley Corinthos (Caleb and Kyler Ends). Spoilers tease that when Sonny finds out what his son has he will be angry and with good reason. Michael took this action without consulting his father who will not be in agreement. Sonny was attempting to keep things civil with Nina and prevent Carly from learning that the duo has feelings for one another. Sonny will be angry with Michael for poking his nose in where it does not belong.

It is obvious that Sonny and Nina still care for one another and Sonny was with her when she was arrested. As this story unfolds Carly will be first furious and later heartbroken. Last week as she held his cowboy hat she told her husband that she did not know Mike. When she finds out that Nina shared a part of Sonny that she never knew Carly will be angry. Spoilers say she will side with Michael and as they tag team against Nina Sonny may defend her.

GH Spoilers – The Truth Will Be Revealed

Carly will want to know why Sonny is defending Nina and eventually she will learn the truth. She will be stunned that her husband did not confide in her after she confessed to almost having sex with Jason. Nina and Sonny wanted to keep Carly in the dark about their relationship but thanks to Michael it’s going to be public knowledge