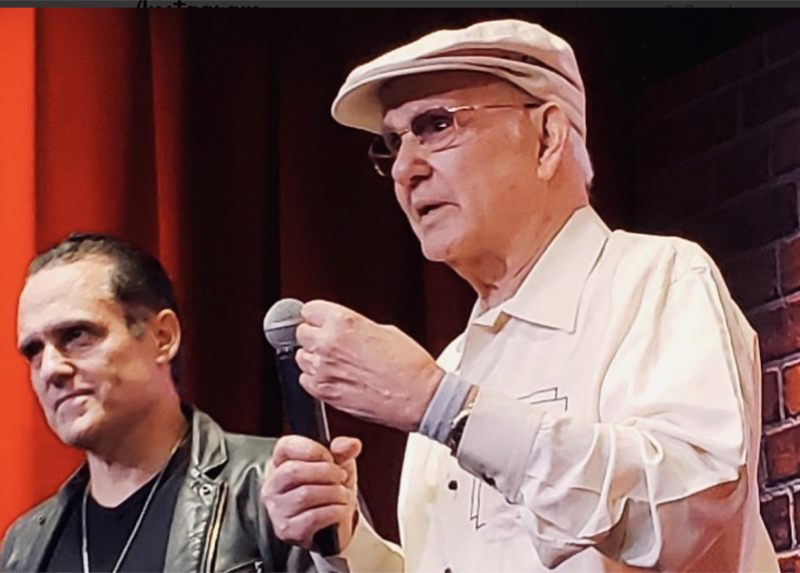 General Hospital spoilers (GH) indicate that Sonny Corinthos’s portrayer, Maurice Benard, has lost his father, Humberto Morales. Maurice’s father died much in the same manner as his onscreen father did.

General Hospital’s Maurice posted on his Instagram account that his father had passed away. “As I lay here with a heavy heart but no anxiety,🙏🏽Knowing I will never see my hero again. My dad was one of a kind no one like him, those who knew him know what I’m talking about. When I was a little boy I wanted to be him, nobody was more proud of me than my father, and boy did he love General Hospital(not Carly and Jason as a couple)🤠 my dad always said in Spanish what’s going to happen it’s gonna happen don’t worry. Say hi to everybody DAD maybe you can even sing a song with Frank Sinatra.” Maurice’s post containing a video of himself, his son Joshua, and his father singing contained these words.

Many of Benard’s General Hospital castmates posted offering thoughts and prayers to the beloved star. Maurice’s father was an avid G.H. fan but was certainly opposed to Carly Corinthos (Laura Wright) and Jason Morgan (Steve Burton) being paired on the show. Carly is married to Sonny and that is the way it was supposed to stay. Maurice often posted videos with his father talking about Carly and Jason. Maurice loved spending time with his dad and sharing his views with the fans. Of course, most of Maurices’ fans were always delighted to see posts with his father. Maurice and his dad had a special relationship and Maurice was happy to share that with the world.

When General Hospital’s Executive Producer Frank Valentini approached Maurice about doing the Alzheimer’s story with Mike Corbin (Max Gail) on the show, Maurice wanted to bail. Maurice’s father was already suffering from such issues and he knew it would be hard to get through those scenes. Maurice knew that acting out these things with Max would mirror a lot of what his father would go through and was worried after struggling with his mental health issues if he could handle this twice. However, Maurice and Max were magical onscreen. Unfortunately, now life has imitated art and Maurice has been forced to say goodbye to his real-life father as well. May he rest in peace.

Our thoughts and prayers go out to Maurice and his family at this difficult time!