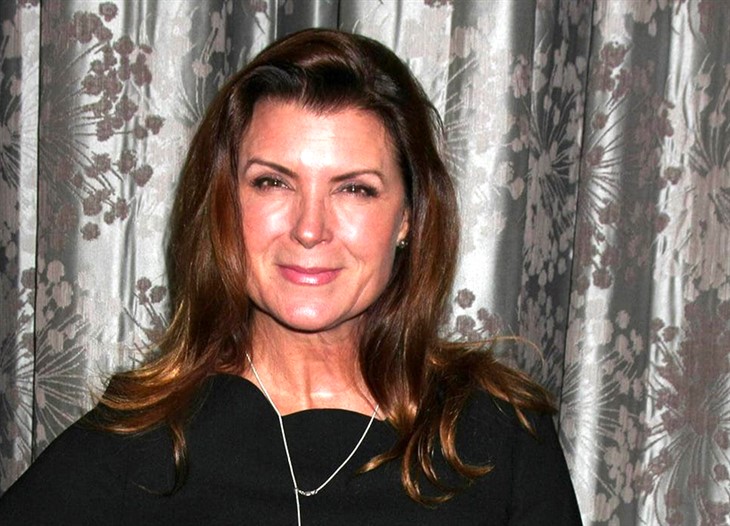 The Bold and the Beautiful (B&B) spoilers tease that Kimberlin Brown has been tearing it up onscreen as newly returned character Sheila Carter. It would be hard to find a more villainous evildoer in all of soapdom—Sheila is that legendary!

She recently talked to Soap Opera Digest about her latest stint as Sheila and we have the details for you here. Keep reading to find out how she views the vixen, and what she thinks of the evolution of Sheila Carter from an innocent to a hellraiser.

The Bold And The Beautiful Spoilers – Sheila Carter Is Evil

Sheila has come and gone from B&B and its sister soap The Young and the Restless for decades. As Brown notes, she has a, “never say never,” attitude when it comes to playing the she-devil that fans love to hate.

She told the outlet, “I never say never, and that whole, ‘She just disappears’ is an opportunity down the road to come back. Sheila is my baby.”

Brown said that working with Lauren Fenmore’s portrayer Tracey Bregman over the years has been fantastic. “We had a chemistry that was necessary for the storyline to be pulled off, and she is the tiniest thing you’ve ever seen and with the physicality of our roles, there was a definite trust that was created because I had to protect her. I had to keep her unscratched and unharmed through all of the things that we did, so it was a great relationship … It was the first time she had to deal with crazy.”

Things have changed over time and it’s been revealed that Sheila is the biological mother of John Finnegan (Tanner Novlan).

It’s clear that Brown relishes her role and she has not forgotten the fans who made the character a mainstay. “I’m very blessed that the writers have stayed incredibly creative pushing that envelope … I truly believe that I wouldn’t be where I am today if it weren’t for my fans … I could not be happier that three months turned into 31 years.”

GH Spoilers: Jason And Carly About To Say ‘I Do’, Will Sonny Stop The Wedding?