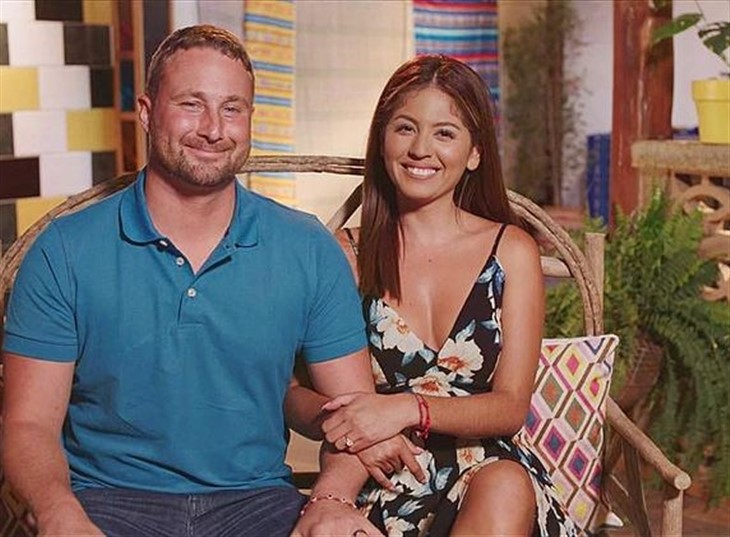 It has been clear all along that 90 Day Fiancé star Evelin’s family has a huge problem with her choice in men. Last week, Evelin revealed to her younger sisters, Lesly and Lipsy that she had already secretly married Corey. She also let them know that he had dated as woman in Peru while they were on a break. In Sunday’s upcoming episode, fans will get to see how Lesley and Lipsy get their own back at their sister’s man.

On last week’s episode of 90 Day Fiancé, Evelin shocked her younger sisters, Lesly and Lipsy to the core. They had been out and about trying on wedding dresses when Evelin told them they had already secretly married a year ago. Her sisters were already not the biggest fans of Corey, but they became even angrier when Evelin told them more. She explained that while she and Corey were on a break, Corey had dated a woman named Jenny in Peru. In that episode, Corey had explained that he thought they were over and he didn’t feel it was wrong to date another woman.

Meanwhile, Lesly and Lipsy have been scheming and plotting to get their best revenge on Evelin’s husband, Corey. In a trailer for Sunday’s episode of 90 Day Fiancé: The Other Way, Corey is about to dine with Evelin and her two sisters. He admits he is nervous as Lesly and Lipsy have never really wanted to talk with him before, but is willing to try his best to get on their good side.

TLC 90 Day Fiancé Spoilers – Corey Rathgeber Gets His Own Dish

Corey exclaims when the waitress brings Evelin, Lesly and Lipsy a delicious crab soup, but was told this wasn’t for him. In a confessional, Lesly and Lipsy explain that they have ordered Corey a soup called “Caldo de Tronquito,” a traditional soup that met in Ecuador eat to “make them a man.” As he tucks into the soup, all three sisters watch him closely and he asks them to stop watching him and eat. Why do they need to watch him taking every bite?

When asked if he enjoys the soup, he did note that it tasted a little fatty, after which Lesly informs him he is eating a bull’s penis. All three woman laugh, but obviously, Corey is not at all amused. “Is this a joke, are you like, messing with me?” he asks the sisters. “I don’t understand. Do you have a problem with me?” Lesly quickly responds saying she has a lot of problems with him.

Speaking to the camera, Corey said the soup was “disgusting.” He said, “The only way I could put it into perspective is if you had a ball of like, really fatty, buttery, mushy lard.”

Readers can watch the trailer for Sunday’s episode below:

Readers, do you think Corey has any chance whatsoever to get on Lesly and Lipsy’s good side? Let us know by dropping a comment below.

Meanwhile, keep up with the story on 90 Day Fiancé: The Other Way on Sunday at 8 pm ET on TLC.