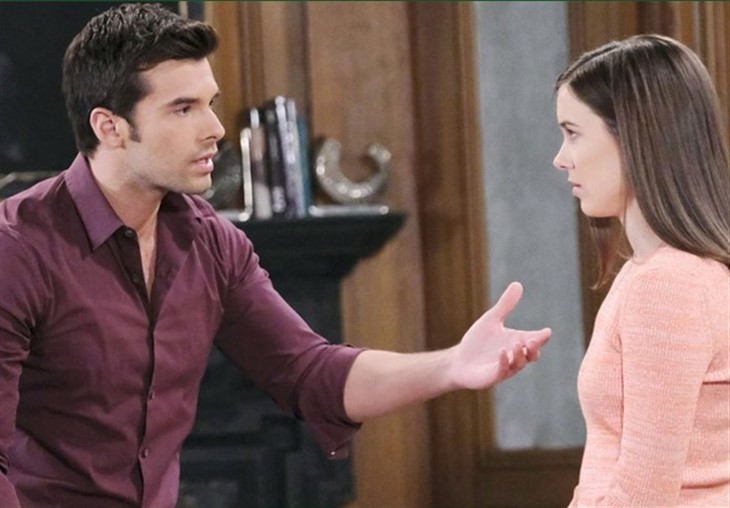 General Hospital (GH) spoilers reveal that Harrison Chase (Josh Swickard) knows the truth about Willow Tait (Katelyn MacMullen) and Michael Corinthos (Chad Duell). However, he hasn’t let on that he knows. Next week, Willow decides to tell Chase the truth and prepares to face him. Meanwhile, Austin Gatlin-Holt (Roger Howarth) sees Michael in a new light.

GH spoilers reveal that Willow and Michael have “decided” to tell Chase the truth on a few different occasions. However, something always happened that compelled them to keep quiet. During the week of August 23, Willow will be certain that she has to confess the truth to Chase. If she does actually do it, then it will be a relief to fans. This storyline has gone on long enough and it doesn’t make sense for it to continue.

Next week, it is stated that Willow will face Chase. While it sounds like she is going to tell him the truth, that can’t be guaranteed. What she doesn’t realize is that Chase already knows that Willow and Michael are sleeping together. He is also aware that if Willow is sleeping with Michael, then it means that she is in love with him.

General Hospital spoilers reveal that Austin pitched an idea to Chase after they discovered the secret affair. Austin wanted Chase to keep quiet about knowing the truth so he could have time to search for papers. These documents would help him win his lawsuit against the Quartermaines. Austin also made sure to mention that the Quartermaines always take what belongs to others. He promised that if Chase kept the farce going instead of ending the marriage gracefully, then he would make Michael pay.

It is teased that next week on General Hospital, Austin will see Michael in a new light. Perhaps he will figure out that Michael isn’t really a bad guy. That his heart is in the right place but he and Willow are just handling this all wrong. Even though Austin has certain ideas about the Quartermaine family, he just might realize that it’s not exactly true of all of them.

However, will the epiphany come now or after it’s too late to repair the damage? Since this is a soap, we are predicting that Austin might not realize the truth until it’s too late. By then, he might not be able to fix it, which will set up a redemption or long-lasting family feud storyline. We will have to keep watching the ABC soap to find out which direction the writers are going to go with this.