GH Spoilers: Esme Walks Out On A Broke Spencer? 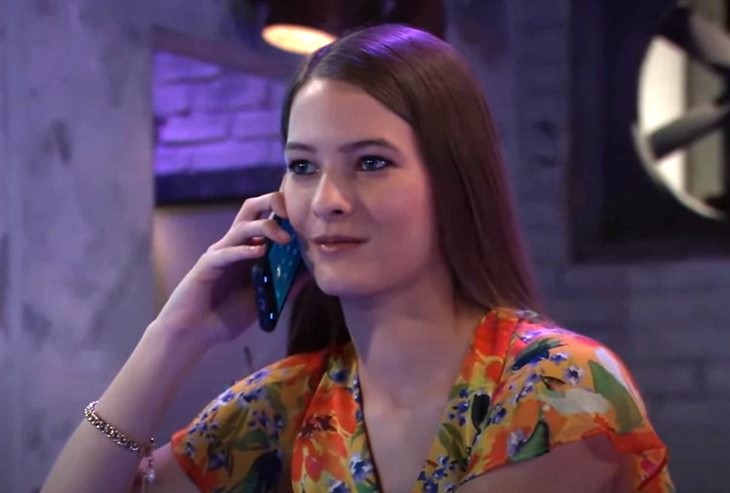 General Hospital (GH) spoilers and updates reveal Esme and Spencer are partners in crime and have been joined at the hip for months. Ms. Prince will have to pay for torching Ava’s car but what will she do when she can no longer live the lavish lifestyle to which she has grown accustomed?

Spoilers indicate that Spencer Cassadine (Nicholas Chaves) will be kicked to the curb now that Nikolas Cassadine knows he is the stalker. “Spence” will be kicked out of Wyndemere without a penny to his name. Esme Prince (Avery Kristen Pohl) has been living large on her sweetie’s trust fund, but what will she do when the gravy train stops?

GH Spoilers – There Are Unanswered Questions

Esme has been with Spencer since he first returned to Port Charles and showed up at his Wyndemere party. Nothing is known about her family background or who is paying her way through college. She has a creepy fascination for Ryan Chamberlain (John Lindstrom). Kevin Collin (Also portrayed by Lindstrom) sees right through the phoniness and does not trust her.

Some GH viewers believe that Esme’s life may be in danger due to her connection with Ryan Chamberlain. There are even fans who suspect that Ms. Prince could be related to someone in Port Charles. As the news of “Spence” and his girlfriend have been up to hopefully, additional facts will come to light. One thing that is known is that Esme living off of the Cassadine fortune have come to an end.

GH Spoilers – Esme Price Could Go To Jail With ‘Spence”

Spoilers say Spencer will go to jail and his girlfriend might go with him. As far as anyone knows she has no one who could bail her out. Will she stick with ‘Spence” through this ordeal or dump him since he is no longer heir to the Cassadine fortune.