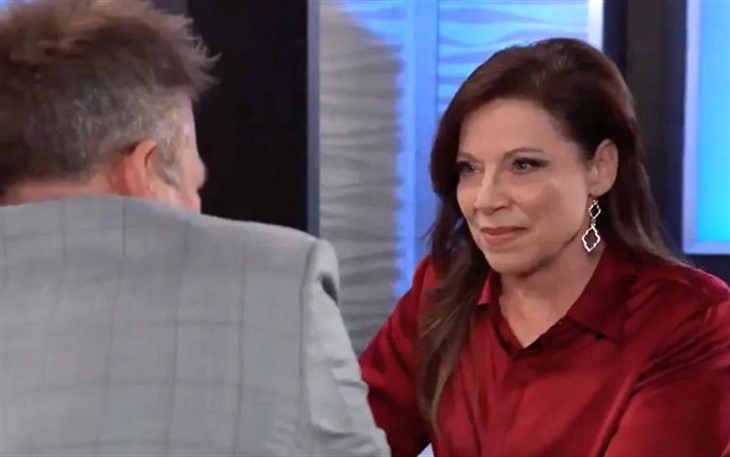 General Hospital spoilers tease that Liesl Obrecht (Kathleen Gati) and Scott Baldwin (Kin Shriner) will be kidnapped in a future episode of General Hospital, according to a partial script recently leaked. The kidnappers speak Greek – could the same boss have Drew Cain (Cameron Mathison)?

Longtime General Hospital viewers will recall that there is another Cassadine Island besides Spoon Island, which is near Port Charles and where Wyndemere Castle is located. Many General Hospital viewers get the two islands confused. Spoon Island is where Nikolas Cassadine (Marcus Coloma) lives now, Cassadine Island in Greece is where he was raised up to the age of sixteen when he and his late uncle Stefan Cassadine (Stephen Nichols) moved to Port Charles for Nikolas to save the life of his cousin, then a newborn, Lulu Spencer (Emme Rylan). She suffered from aplastic anemia and Nikolas was the only blood donor match.

Alexis Davis (Nancy Lee Grahn) also came to Port Charles around that same time. The most recent activity shown on Cassadine Island was when Valentin Cassadine (James Patrick Stuart) arrived there under the name of Theo Hart and shot Nikolas, who was trying to fake his own death running from possible prosecution for having Hayden Barnes (Rebecca Budig) shot in the head. General Hospital viewers will recall that this happened after Helena Cassadine (Constance Towers) had died. However, in the leaked script the kidnappers speak Greek – this boss who they are answering to could only be someone who has taken over Cassadine Island after all the Cassadines left or died. The only surviving Cassadines that are known to be living are Alexis, Nikolas, and Spencer Cassadine (Nicholas Chavez).

The leaked General Hospital script places two kidnappers and a pilot with an unconscious Scott and Liesl in a private plane. Both Liesl and Scott have been drugged, but “The Boss” is much more concerned about Liesl than Scott. The script shows that this scene will take place at night, and Henchman 1 will be on the phone with the boss. The kidnappers, who are henchmen of some crime lord who has likely taken over Cassadine Island speak Greek while subtitles will be shown in English. Henchman 1 talks to “The Boss” on the phone and verifies that they have Liesl, and she is find, and sedated. He turns to look at Scott. He tells “The Boss” that they will take care of Baldwin. Henchman 2 asks Henchman 1 what “The Boss” said to do with Scott. Henchman 1 says they are to chuck him – in other words, throw him out of the plane! 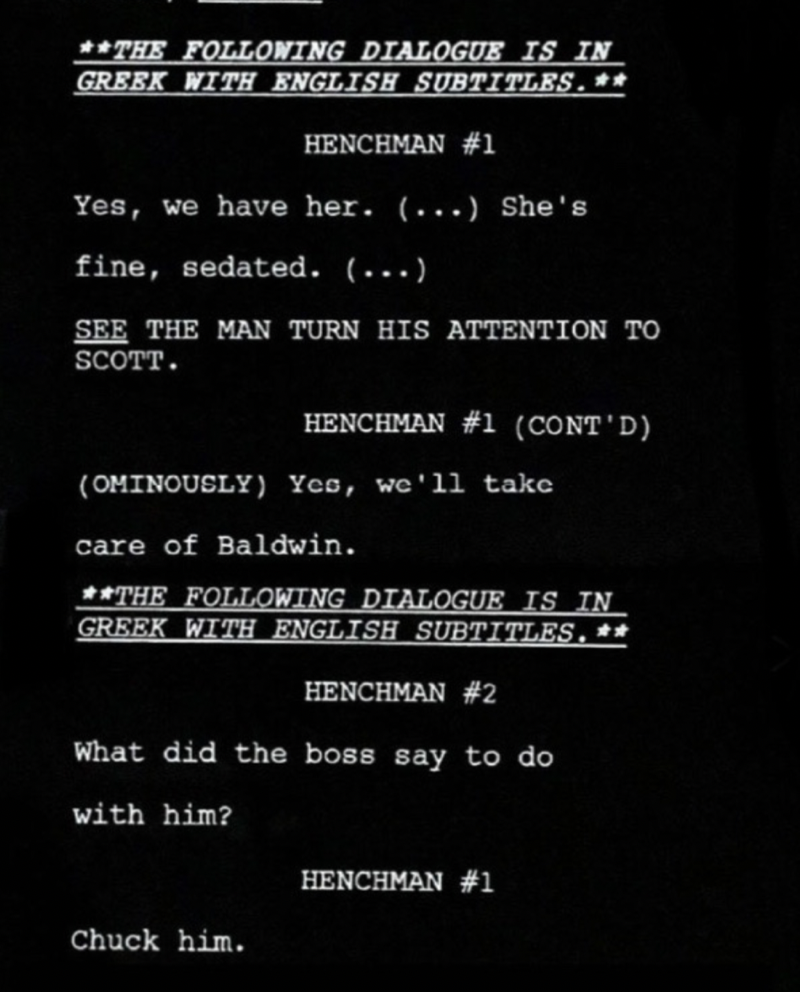 This shows that Liesl and Scotty will be in some real danger in this future episode of General Hospital! Presumably, the two would be bound and gagged unless these two henchmen are really stupid and unskilled as henchmen; drugs don’t last forever and either Liesl or Scott could wake up! An interesting comparison to a previously leaked script describing Drew Cain (Cameron Mathison) being held in a foreign prison also has dialogue referring to “The Boss”! General Hospital viewers will recall that Drew’s plane was brought down in the Gulf of Aden and he has been presumed dead for a couple of years now.

This “boss” picked him up from the water and put him in this foreign prison, which could very well be on Cassadine Island. General Hospital fans of Scotty’s can be reasonably sure that he will not be “killed off” by being chucked out of this plane. Somehow, Scotty will escape this fate, possibly by coming too and conning the henchmen into thinking he could be useful to them. They may speak English in addition to Greek, or Liesl may come to as well and translate. There is a good chance that Liesl and Scott will be the ones to find Drew when they land, and their kidnapping will lead to his return!