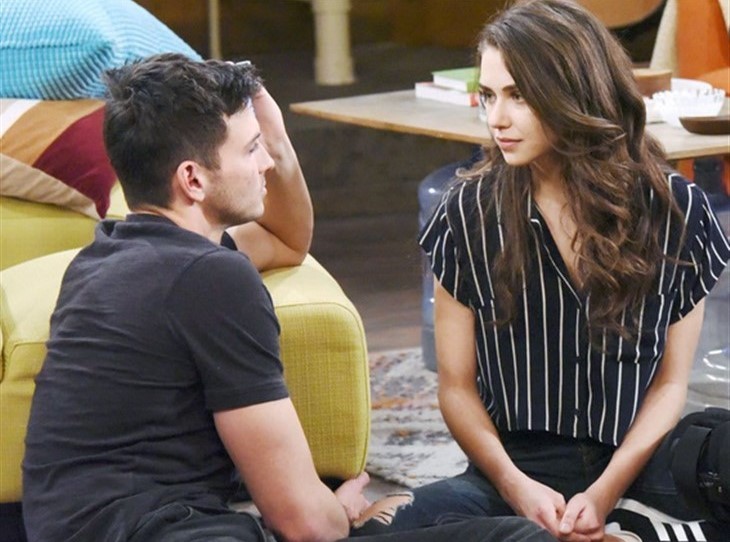 Days of Our Lives (DOOL) spoilers for Tuesday, August 10, 2021, reveal Ben Weston (Robert Scott Wilson) finds a way to get Ciara Brady (Victoria Konefal) to remember their life together, but will it work as well as he’d like?

Ciara was decidedly not happy that Ben kidnapped her from her own wedding and led her back to the cabin where their entire relationship started. Of course, she doesn’t remember their whole relationship starting there or anywhere and that’s the entire problem. Ben sure hopes this cabin that’s been burned down so many times but is still standing will be the key to unlocking her memories.

Then, Ben is hurt after Ciara pushes him onto the floor. He sprains his ankle just like Ciara’s leg was broken when he first brought her there. Now, it’s Ciara’s turn to take care of an injured Ben, which does bring her a few flashes of memory — just not enough. Still, it looks like Ben’s plan may actually work.

Nicole (Arianne Zucker) just blew up Sami’s (Alison Sweeney) entire life only because Sami took it upon her side to blow up Nicole’s entire life, so turnabout’s fair play, right? Sami revealed Nicole’s affair with Xander (Paul Telfer) to Eric (Greg Vaughan) so Nicole revealed Sami’s affair with Lucas (Bryan Dattilo) to EJ (Daniel Feuerriegel) and now these women need to scream at one another about it, blaming each other for their own mistakes as usual.

Will anything ever be resolved between these women or will they always think that they are right with no ounce of self-awareness?

Lucas and EJ hate one another as much as Sami and Nicole hate one another, so it’s a day of enemies in Salem. Lucas is ready to fight for Sami and is madly in love with her. He always knew EJ never loved her enough or respected her enough, or at least that’s how he felt. He certainly doesn’t want EJ to take Sami back now. And EJ may not want Sami at this point, but he certainly doesn’t want Sami with Lucas. Stay tuned to Days of Our Lives weekdays to find out.