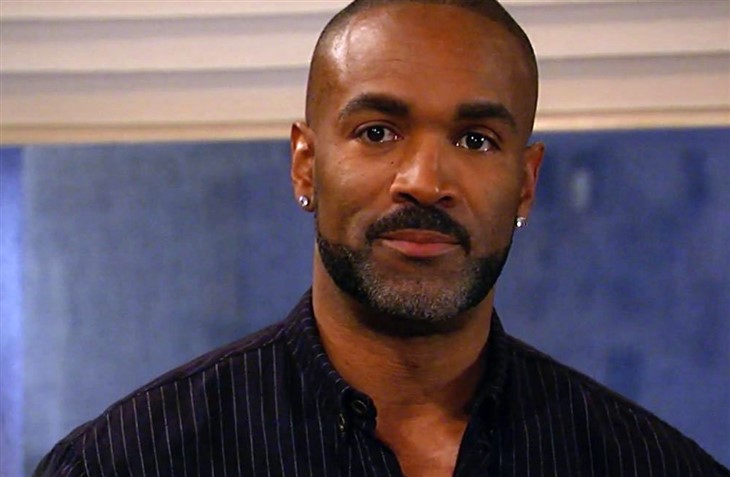 General Hospital (GH) spoilers and updates tease Curtis Ashford (Donnell Turner) is attempting to make a difficult choice about his life. Curtis has found out that his father Marshall Ashford (Robert Gossett) is alive. Curtis believed that Marshall died from a heart attack when he was young. Curtis has not known how he feels about Marshall coming back into his life. Curtis has been in need of figuring out how if he wants to accept Marshall in his life.

Curtis could count on his friend Drew Cain (Cameron Mathison) to help him in the past. Curtis has not seen Drew in many years because he had been kidnapped by Peter August (Wes Ramsey). Curtis has missed having Drew to confide in. Curtis is going to be happy to find out that Drew has been able to get back to Port Charles. Curtis could get Drew to help give him advice on how to deal with Marshall.

General Hospital spoilers show Drew has been away from his family and his daughter Scout Cain (Ella Ramacieri). He would be able to give Curtis the perspective on coming back to his family and Scout after a long time away. Drew could help Curtis to have an open mind in regards to Marshall.

According to General Hospital spoilers and updates, Curtis has been able to get support from Dr. Portia Robinson (Brook Kerr). Curtis wanted to find out about Marshall because he had been asking questions about him. Portia had gotten Elizabeth Webber Baldwin (Rebecca Herbst) to help her draw a picture of Marshall to help Curtis. Portia had been concerned about Marshall because he had approached her to find out about Curtis.

Portia was surprised to find out that Marshall is Curtis’ father. Portia can understand that Curtis is concerned about Marshall being in his life. Portia will want to help Curtis to figure out what he will do about Marshall. Curtis could find that Portia can help him to decide if he wants to try to have a relationship with Marshall.

GH Spoilers – Curtis Ashford Has A Difficult Choice To Make

General Hospital Curtis has to decide if he wants Marshall to be a part of his life. Curtis could find that reconnecting to Drew helps him with his decision. Will Drew be able to help Curtis by giving him his point of view from his life experiences? Curtis will want to make sure that his choice does not bring problems into TJ’s life. Will Curtis make the right choice about Marshall and be able to keep TJ safe? Curtis will need to have the support that he has found with Portia. Can Portia help to Curtis as he tried to decide if he can trust Marshall to be in his life? Be sure to catch up on everything happening with GH right now. Come back here often for General Hospital spoilers, news, and updates.