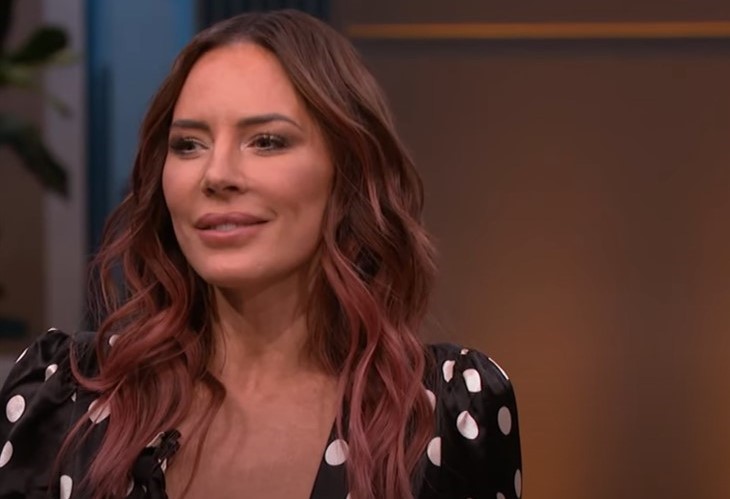 Longtime viewers of The Bold and The Beautiful will recall that Taylor has been mentioned, but not seen, in several years. Taylor will arrive in the midst of a family crisis – or at least it’s a crisis as far as Ridge Forrester (Thorsten Kaye) is concerned! Steffy Forrester (Jacqueline Macinnes Wood) is pretty much aligned with her father, as far as her opinions that Deacon Sharpe (Sean Kanan) is endangering Hope Spencer (Annika Noelle) and her children, along with Brooke Forrester (Katherine Kelly Lang)!

All of the Forrester side seems to equate Deacon with Sheila Carter (Kimberlin Brown) as far as how dangerous he is! Viewers of The Bold and The Beautiful will recall from a recent episode how Ridge assumed Deacon was breaking into Hope’s cabin even though he was only there making a couple of phone calls, which she had given him permission to do!

The Bold and The Beautiful spoilers show Ridge have a heart- to-heart talk with Steffy and her brother Thomas Forrester (Matthew Atkinson) in an upcoming episode of The Bold and The Beautiful. He will have come from a confrontation with Brooke over Deacon, and they will feel the need to remind Ridge that he, Steffy and Thomas are their own family unit! They want Ridge to hear their individual perspectives about the situation.

Steffy brings up how happy Ridge was with Taylor, and how unhappy he’s been with Brooke! Then she and Thomas start talking about when they were little, and about the present and the future, and she makes sure Ridge knows she loves him, but the implication is that Brooke isn’t Mrs. Right in her opinion! It’s almost a “speaking of the devil” moment as they are in the midst of this conversation, only it’s not Sheila at the door, it’s Taylor!

The Bold And The Beautiful Spoilers – Steffy Forrester Is Overjoyed

The Bold and The Beautiful spoilers show Steffy overjoyed to see her mother, and Taylor overjoyed to see both her children! Steffy and Taylor will enjoy a wonderful mother-daughter reunion, and Steffy will plead with her father to try and recreate what he and Taylor had! Longtime viewers of The Bold and The Beautiful will recognize some of what they talk about in the scenes. Steffy will feel much more empowered with Taylor at her side.

As for Taylor, longtime viewers of The Bold and The Beautiful will recall that she was struggling with a lot of things when she left, character-wise. She is a psychologist, yet having issues with who she was and what she was supposed to be doing in the context of her life, her family and her friends. Taylor’s top priority will be to make amends with her children for not being there for them, and for taking off –not referring to the kidnapping by Sheila when they were children, of course. It is understood by everyone that was not her fault. Taylor returns not only with a much clearer head, but a mission!