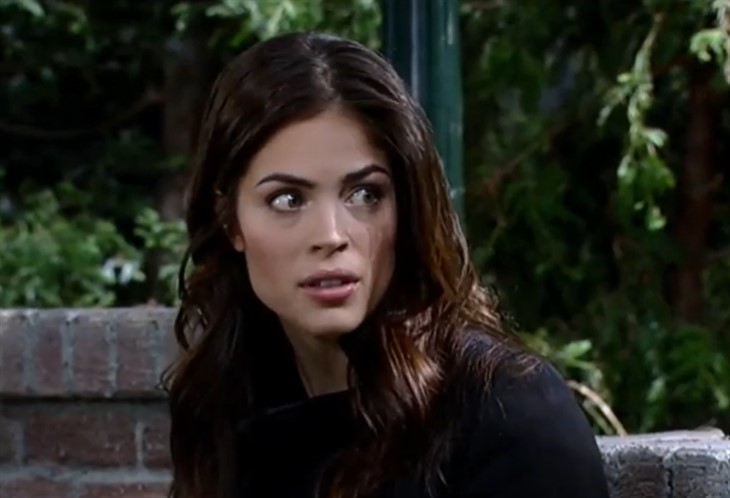 General Hospital Spoilers tease that Brad Cooper’s (Perry Shen) parole hearing is coming up. And while Michael Corinthos (Chad Duell) won’t be thrilled that Brad may be going free, one person who will be ecstatic is Dr. Britt Westbourne (Kelly Thiebaud). Brad and Britt have become close friends over the years and after the year Britt has had, she will need her friend more than ever. Britt should be returning home from Cassadine Island right about the same time Brad goes free, so the two of them should have plenty to talk about.

A part of Britt certainly hoped that she and Jason could rekindle their spark, it seems as though that may not be possible. Spoilers are leaning toward a tragic event that could mean that Jason won’t be returning home with Britt. If Jason dies while helping Britt, she will have a lot to deal with,

Britt is going to have a lot to unpack after her adventure overseas. While she will be successful in bringing her mother home, Jason isn’t going to be as lucky. Brad can help Britt as she deals with her grief. And Britt can help Brad as he adjusts to once again being a free man. And they may have to deal with the Corinthos family, who will not only be unhappy that Brad is free, but they will also blame Britt if Jason doesn’t come home.

General Hospital Spoilers – Brad Cooper Has A Lot To Answer For!

General Hospital spoilers show Brad was partly responsible for Michael Corinthos (Chad Duell) being separated from his own son for over a year. Sure, Brad went to prison for his part but Carly and Michael may not think he has paid enough. And if Jason doesn’t return from helping Britt, they will likely blame Britt for that. Britt and Brad may find that they only have each other to turn to! Things certainly aren’t going to be easy for either of them.

Will Brad get an early parole? Will Brad and Britt have a happy reunion? Will Carly and Michael make it their priority to make both Brad and Britt suffer? Anything can happen in Port Charles so stay tuned to General Hospital airing weekdays on ABC. And don’t forget to check back right here regularly for all your General Hospital news, information and spoilers!