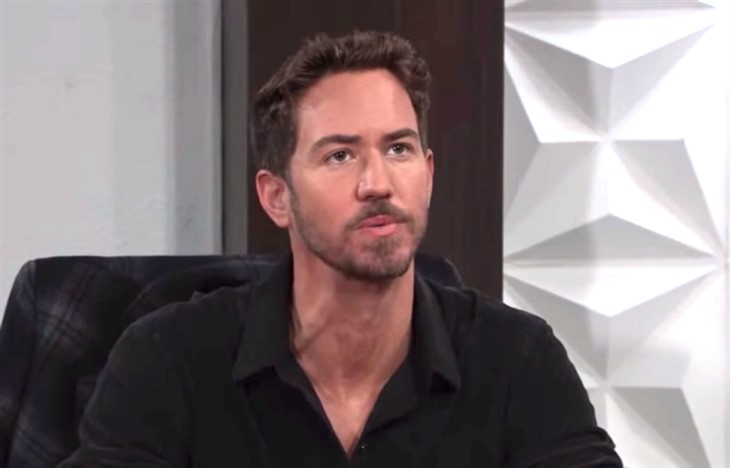 General Hospital spoilers tease that Peter August (Wes Ramsey) will make new threats in an upcoming episode of General Hospital! Has he escaped custody once again?

General Hospital Spoilers – Peter August Was In Custody – Or So Everyone Thought?

General Hospital viewers will recall that Peter was in custody – or so everyone thought? General Hospital viewers have wondered if someone would break him out – or if, like Cyrus Renault, (Jeff Kober) he’s making his threats from behind bars and has minions, possibly brainwashed ones, who will carry the threats out! Viewers heard a very good hint that Cyrus and Peter are still in touch in a recent episode when Cyrus called Sonny Corinthos (Maurice Benard) from prison to give him condolences on the death of Jason Morgan (Steve Burton).

General Hospital spoilers show Sonny had told Carly Corinthos (Laura Wright) that there was a twenty-four hour news blackout on the death of Jason, to allow loved ones and friends to all be notified. How else would Cyrus have known if it wasn’t Peter who contacted him? The only other person who might know would be Victor Cassadine (Charles Shaughnessy) but as far as viewers know, he and Cyrus are not acquainted! Their only link would be Peter!

GH Spoilers – Peter August Has Some Kind Of A Bargaining Chip, Because Anna Devane Tries To Make A Deal

General Hospital spoilers also tease that Anna Devane (Finola Hughes) tries to make a deal with Peter after he makes his threats! That means either Peter has escaped, or he has a bargaining chip and someone is working with him on the outside – or, maybe on the inside in a different prison! General Hospital viewers will remember that Peter and Cyrus worked together before – and that was when Cyrus wanted Jason taken down.

This was when Franco Baldwin (then Roger Howarth) took Peter hostage in his art studio because of a recording Drew Cain (now Cameron Mathison) had left him about Peter. Peter killed Franco, but Cyrus had Gladys Corbin (Bonnie Burroughs) in his pocket and she had given false testimony about seeing Jason at Franco’s art studio during the time of the killing, and throwing a gun away – which Peter, of course, had planted! This could mean that Peter and Cyrus are working together again or they have a person in common who would be in the know about Jason’s death in the tunnel on Cassadine Island.

General Hospital spoilers tease that Anna goes to Peter with her offer – which seems to indicate that he is still behind bars and someone else on the outside would be the one carrying out his threats! Unfortunately, even Peter has rights to an attorney and a trial, unless his trial is carried out in foreign courts exclusively. But Peter has a laundry list of crimes committed in Port Charles to include Franco’s murder, attempted kidnapping of Maxie Jones, (Kirsten Storms) and kidnapping of Nurse Chloe Jennings (Phoebe Kuhlman) to name just a few!

Then there’s the poisoning that nearly took Detective Harrison Chase’s (Josh Swickard) life, although that one could be more difficult to prove, since he intended it for Dr. Hamilton Finn (Michael Easton). If only Peter really had been dead in that morgue freezer!

General Hospital viewers will remember Finn threw him down the stairs, he was so angry at Peter’s refusal to give him the very last dose of antidote! That very well may be the threat that Peter makes – if he can’t get a deal that sets him free, he’ll accuse Finn of attempted murder! That may be the only thing that Anna would stoop to offering him a deal about!