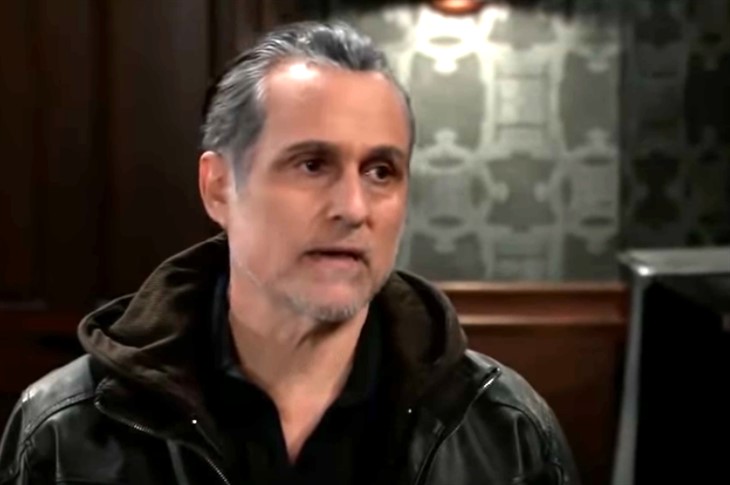 General Hospital spoilers reveal that Nina Reeves (Cynthia Watros) initially hid the truth about Sonny Corinthos aka “Mike” (Maurice Benard) out of revenge. However, she is starting to have real feelings for him, which is having the guilt set in. Making the situation worse for Nina is when she learns he had a flash of a family memory. Could she be close to confessing the truth?

GH spoilers reveal that Sonny had a brief flash of a family memory. It wasn’t about a happy moment, though. Sonny’s snippet in his mind was of losing a loved one. He mentions it when Nina talks about how much she misses her grandson, Wiley Quartermaine-Corinthos (Erik and Theo Olson). While Nina is in Nixon Falls, everyone else is in Port Charles throwing a big party for the little boy.

When Sonny brings up the family memory he had, Nina knows there is a reason why certain memories are coming through despite the amnesia. It is because of the power, depth and magnitude of the love Sonny has for his family. Nina has to realize that other memories may start to break through and the brief flashes might turn into one minute, then five and so on.

Nina has gone through periods where she felt guilty about not telling the truth. It seems that the weight on her shoulders is getting heavier though. There might come a point in time when she cannot keep carrying this secret.

General Hospital spoilers reveal that Nina will be torn about what to do. She knows that the right decision is to tell Sonny who he is and that he has a family who loves him, including children. Co-head writer Dan O’Connor told Soap Opera Digest,

“I think Nina is incredibly torn. What started out as an act of revenge has turned into something else. She has genuinely fallen for this man she has come to know as ‘Mike,’ but it’s sort of an impossible situation. In order to further pursue the fondness she feels for this new version of Sonny, it denies him the truth and the totality of his existence.”

It sounds like Nina might come out with the truth in the near future. Her guilt is increasing and intensifying. She knows what she’s doing is wrong and “Mike” deserves to know that he’s Sonny Corinthos from Port Charles. He deserves to know that he has a wife and children. He deserves to be given this information so he can make a decision about what he wants to do. At the very least, Nina should think about the innocent children who are suffering because they’ve been blocked from having their father.

Do you think Nina will end up confessing the truth to Sonny? When he reunites with Carly and his children, what does that mean for Sonny and Nina’s friendship? We will have to keep watching the ABC soap to find out what happens next.