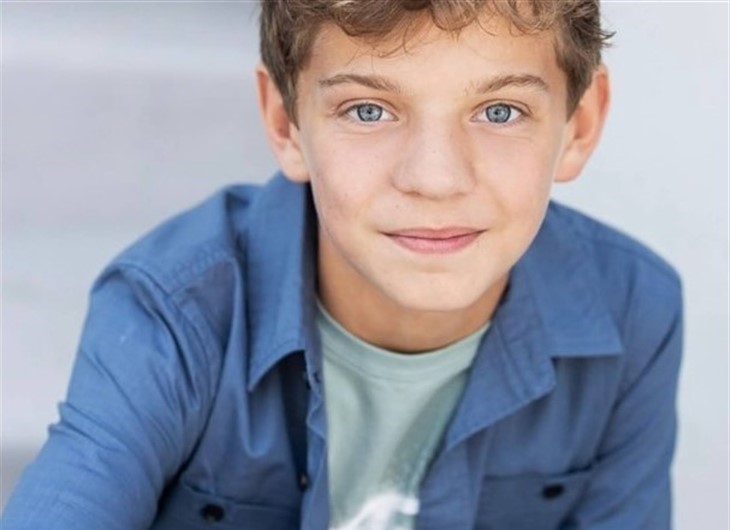 General Hospital spoilers and updates tease that the daytime drama has welcomed another actor to its growing family. Brady Bauer has signed up to play the role of Rocco Falconeri.

Rocco is the child of Dante Falconeri (Dominic Zamprogna) and Lulu Spencer (Emme Rylan). He’s one of the three frozen embryos after the couple learned that Lulu can’t carry a baby to term. Rocco has had his share of drama even while he was an embryo.

Dr. Britt Westbourne (Kelly Thiebaud) carried him via IVF. She used her pregnancy to try to rekindle her relationship with Dr. Patrick Drake (Jason Thompson ). Britt even named another man as the father of the baby she’s carrying. But she eventually came clean and gave baby Rocco to his rightful parents, Dante and Lulu.

Rocco has been off-screen for a long time but he’s now back at General Hospital. Fans have to wait and see what drama awaits him next.

Fans know that Britt is currently guilt-stricken because of what had happened to Jason Morgan (Steve Burton). She wanted to find her mother Liesl Obrecht Obrecht (Kathleen Gati) and asked Jason for help.

Jason has been presumed dead after the tunnel collapse at Cassadine island and Britt holds herself responsible for what had happened to her.

Of course, she’s not to be blamed. It’s all Peter August’s (Wes Ramsey) fault since it was him who led them down there in the first place. He’s the only one that should be blamed.

Unfortunately, that’s not how Carly Corinthos (Laura Wright) will see things.  She’ll blame Britt for his death since she brought him there. Carly will lash out at her and say harsh things, which will leave Britt feeling even worse.

Sonny will mourn the death of Jason. But unlike Carly, he won’t blame Britt for what has happened. The latter already feels bad that her mission led to the demise of Jason. But Sonny may argue that he would have turned to Jason as well if he was in Britt’s shoes.

Sonny has asked Jason to go on different and difficult missions. He could have died in any of them. Unfortunately, he met his end while helping Britt. Sonny may try to console Britt by saying that Jason cared for her and he wouldn’t want her to blame herself for his death.