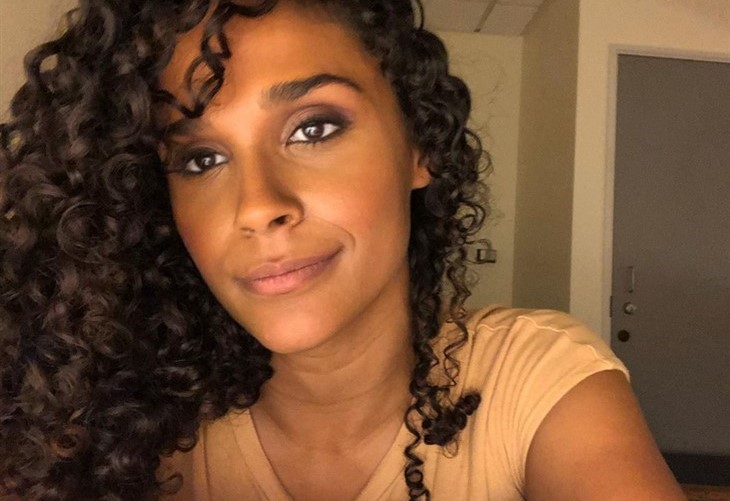 General Hospital spoilers and updates tease that Briana Nicole Henry, formerly known as Jordan Ashford on the show, has a new project. The actress recently announced that she filmed a series of short films together with her husband, Kris Bowers.

The talented performer shared that she directed a series of short films. The series of shorts also features beautiful music, some of which were written by her husband, Kris Bowers.

Not only that, the songs were played by the Los Angeles Philharmonic last Saturday, November 20 at the Walt Disney Concert Hall.

“You’ll also be able to hear the brilliance that is Yrsa Daley-Ward’s poetry trickled throughout,” she said on Instagram.

The actress also shared a clip of one of the shorts where she can be heard reciting poetry in the background. Henry thanked all the people who helped her and Kris with their project.

Fans may recall that Henry joined General Hospital as Jordan Ashford back in 2018. The role was recast and was originally portrayed by Vinessa Antoine. Fans were shocked when Henry left the show after her character was written out of the soap. She may not be making an appearance on screen yet but she’s keeping herself busy behind the camera.

Brando Corbin (Johnny Wactor) is looking for support after Sasha Gilmore (Sofia Mattsson) turns for the worse. Maxie Jones (Kirsten Storms) will remind him that Sasha is a fighter and encourage him to remain optimistic that Sasha will hang on for her child.

Nina Reeves (Cynthia Watros) will also find someone who will listen to her. Sonny Corinthos (Maurice Benard) will be willing to lend her his ear and he’ll want to support her during this difficult time. Sonny and Nina have shared a connection back in Nixon Falls and that’s not about to disappear anytime soon.

He’ll still feel close to her especially when she continues to open up her heart to him. Sasha will have an unexpected visitor and it could very well be Nina if Sonny manages to convince her to visit her fake daughter.

As for Dante Falconeri (Dominic Zamprogna) and Sam McCall (Kelly Monaco), the pair will celebrate Thanksgiving together, which will draw them even closer.