General Hospital Spoilers: Valentin Returns To PC, Will He Survive? 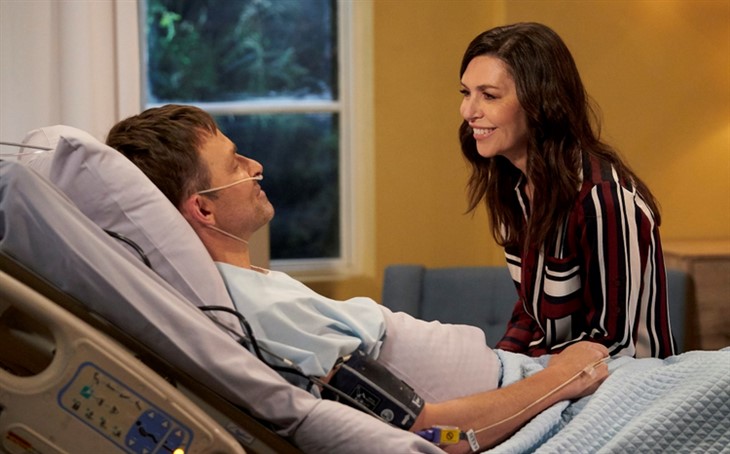 General Hospital spoilers for Friday, October 29, 2021, reveal that Valentin Cassadine is back in Port Charles but still in terrible shape. Will GH be able to save him when no other hospital in all of Greece or on the entire continent of Europe could?

General Hospital Spoilers – The Race To Save Valentin Cassadine

Anna Devane (Finola Hughes( was told that the only hope for Valentin (James Patrick Stuart) was to fly him back to the States to have exploratory surgery so that’s exactly what she does. Once in Port Charles and at General Hospital, Elizabeth (Rebecca Herbst) does her best to take care of him and his spirits are lifted when Charlotte pays a visit. How broken will he be when he learns Bailey isn’t his?

And he could learn this sooner rather than later as Gladys Corbin (Bonnie Burroughs) is high on the news that Brook Lynn (Amanda Setton) is lying to Valentin but she doesn’t even know the half of it. When Sasha Gilmore (Sofia Mattsson) and Maxie Jones (Kirsten Storms) tell Gladys she has gone too far, she tells them she was only telling the truth. Is that about Brook Lynn’s mothering skills?

Even Austin Holt (Roger Howarth) thinks Maxie needs to find new friends. Yes, he convinced Maxie that Brook Lynn was an ok person, but he has clearly changed his mind.

GH Spoilers – Ava Jerome Does Not Trust Her Husband

Alexis Davis (Nancy Lee Grahn) has figured out that her nephew has gone almost complete sociopath, but will Ava Jerome (Maura West) realize there is definitely something very wrong with her husband? She corners him in the hospital halls and asks him what he is hiding.

Will he ever tell her he was the one who had Hayden Barnes (Rebecca Budig) shot back in 2015, a woman he then ended up marrying? Will he also tell her that he will let Alexis rot in Hotel Jail until she agrees to forget all about that?

As for Spencer Cassadine (Nicholas Chavez), he is in for some shocks on Friday. The fact that Ava managed to forgive Esme (Avery Pohl) is big news, but Spencer wonders why none of that forgiveness was reserved for him. Stay tuned to General Hospital weekdays to see how these stories play out.