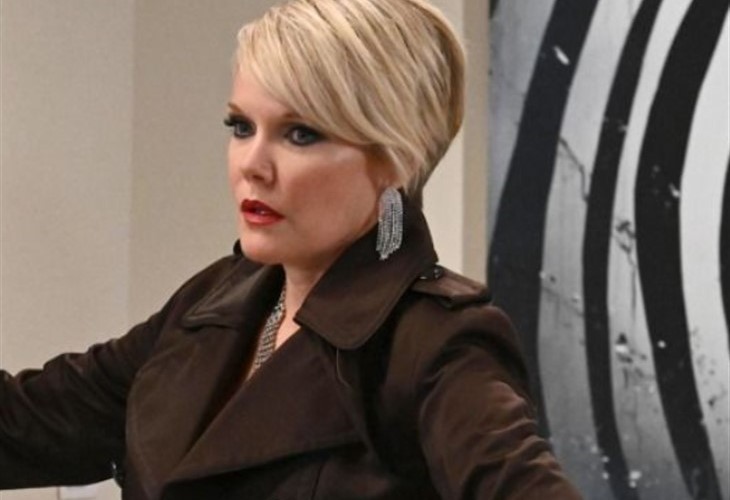 General Hospital spoilers for Tuesday, November 16, 2021, reveal everything happening in Port Charles is happening right at the Jerome Gallery and you won’t want to miss a moment.

General Hospital Spoilers – What Could Go Wrong At An Art Show Opening?

Trina Robinson (Sydney Mikayla) may be all excited at the art show she helped produce at Ava’s gallery, but the night might not go well for her as Esme Prince (Avery Pohl) plots and plans ways to ruin her life. Will Spencer Cassadine (Nicholas Chavez) unwittingly go along with things? Meanwhile, Ava Jerome (Maura West) thinks her night might not go as well as planned since her husband is on the Victor Cassadine (Charles Shaughnessy) train. So, Ava and her intern commiserate together.

Across the room, Ned (Wally Kurth) and Olivia Quartermaine (Lisa LoCicero) are involved in deep discussion and don’t realize that Brook Lynn’s (Amanda Setton) life may change forever now that Gladys (Bonnie Burroughs) realizes who ‘Pauley’ is and makes some shocking demands of her boss. Will Brook be able to keep Gladys quiet or will there be more baby stories to tell when Sasha Gilmore (Sofia Mattsson) finds herself in a tricky situation? Is she in labor or still walking around very, very pregnant?

Things aren’t looking up for Valentin Cassadine (James Patrick Stuart) and Anna Devane (Finola Hughes) when they have to deal with the fact that the WSB allowed Victor to go free. While Nikolas Cassadine (Marcus Coloma) is glad to have his partner-in-crime and secrets back, Valentin has to deal with the fact that the man claims to be his father. And that makes him a Cassadine once again.

Do Drew and Jason have a move to counter him or will this story be going on for the next month? At least with Victor and Scott Baldwin (Kin Shriner) on the case, we might see some movement here. Stay tuned to General Hospital weekdays to see how these stories play out.