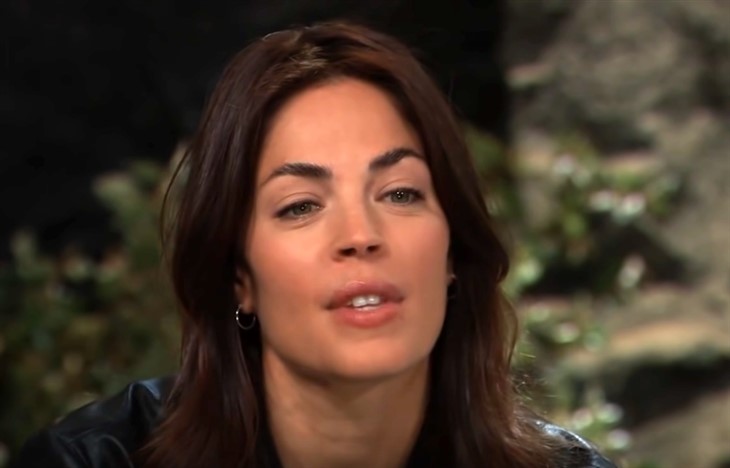 General Hospital spoilers for Thursday, June 24, 2021, reveal in Port Charles, NY the fate of General Hospital up in the air now that Cyrus Renault is once again behind bars.

General Hospital Spoilers – Britt Is Out Of Luck

Apparently, being hired as chief of staff by Cyrus Renault (Jeff Kober) means when he goes to jail for numerous crimes, you get fired by the hospital board. That’s exactly what happens to Britt (Kelly Thiebaud) and she’s stunned. However, everyone waits on edge for the board to announce a new person in charge and it looks like two doctors are competing with one another.

Monica (Leslie Charleson) even puts in an appearance to find out the fate of her hospital. Word has it Terry Randolph (Cassandra James) and Portia Robinson (Brook Kerr) both have their hats in the ring and it looks like Terry is going to come out the winner here.

Speaking of being in the ring, Jason (Steve Burton) and Britt’s time there is interrupted when Carly (Laura Wright) makes an appearance. Britt is clearly not having a very good day as she is just about to share a kiss with Jason when they hear that loud and piercing voice.

When Britt leaves, presumably to find out she lost her job, Carly and Jason have quite the argument and have to test the boundaries of their relationship, which they have been doing for years. In Carly’s mind, there are no boundaries and anything Jason does with his life has to be run by her first. Rumor has it their relationship is also about to take on new heights. Too bad Carly doesn’t know her husband is alive.

Speaking of Carly’s husband, Michael (Chad Duell) decides to go visit Sonny’s (Maurice Benard) grave that has no body in it. Nina (Cynthia Watros) also takes a trip to the cemetery to visit Nelle’s grave (is there a body in that burial plot?) and the two run into one another. They are sure to talk about Wiley but how guilty will Nina feel watching Michael mourn the father who is very much alive in Nixon Falls.

Speaking of Michael, it looks like he isn’t going to be free to be with Willow (Katelyn MacMullen) as soon as he’d liked. Chase (Josh Swickard) is paralyzed and you just know Willow won’t be able to bring herself to tell him that she really loves Michael. Chase is there to be pitied. There is no need to be honest with him. Stay tuned to General Hospital weekdays to see how these stories play out.