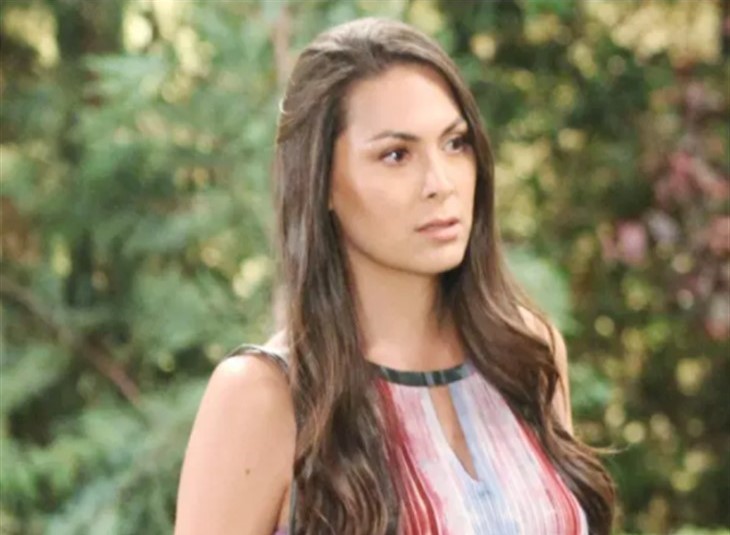 General Hospital (GH) spoilers tease that there has been an ongoing mystery in Port Charles for many decades now that nay finally be resolved thanks to Dr. Terry Randolph (Cassandra James). Ever since she came to Port Charles decades ago as a teenager, Elizabeth Webber (Rebecca Herbst) has had very little, if any at all, contact with her parents. Elizabeth doesn’t discuss them much other than to say there doesn’t seem to be chance of reconnecting any time in the near future, if ever.

It seems hard to believe that Elizabeth Webber has lived in Port Charles as long as she has. She came to town as a troublemaking teenager but over time, she has become one of the most respected nurses that General Hospital has ever seen. Being a nurse was not Elizabeth’s first passion. She was a talented artist, but life kind of got in the way.

For the longest time, Elizabeth had been a single mother, struggling to raise her three boys mostly on her own. Perhaps the fact that it took Elizabeth quite a while to settle down, and that all three of her sons have different father, caused her parents to disapprove. But even before that, Elizabeth went through some serious trauma.

GH Spoilers – Elizabeth Webber Was Raped As A Teenager.

Not all that long after coming to Port Charles, Elizabeth was raped. Still a teenager, she had Lucky Spencer (Jonathon Jackson) as her rock. Lucky helped her any way that he could, and it eventually led to romance for them. But it’s never been revealed why her parents didn’t come to support her through such a difficult time. If ever there was a time a young woman needed her parents, that would have been it.

Not surprisingly, after the traumatic experience of the rape, Elizabeth struggled with her relationships with men. But finally, Elizabeth has found lasting love with Franco Baldwin (Roger Howarth). But even that relationship has had it’s hardships. Right now, Franco has a brain tumor that could eventually kill him. And besides Terry, her best friend, Elizabeth is without an anchor from where she grew up.

GH Spoilers & Rumors – Could Dr. Terry Randolph Facilitate At Least A Conversation Between Elizabeth And Her Parents?

From an outsiders point of view, there is no excuse for any parent to abandon one of their children so completely. It seems unlikely that Elizabeth could have done something so awful as a teenager that they would wash their hands of her, especially with everything she has gone through. Elizabeth has done some questionable things even as an adult, but she has always owned up to her mistakes. It would be nice to see her parents do the same.

Will Elizabeth ever reconnect with her parents in a meaningful way? Why is there such a gulf between them? Should Terry help Liz make contact with her parents once again? Everyone has a past in Port Charles so stay tuned to General Hospital, airing weekdays on ABC. And don’t forget to check back regularly for all your General Hospital news, information and GH spoilers!