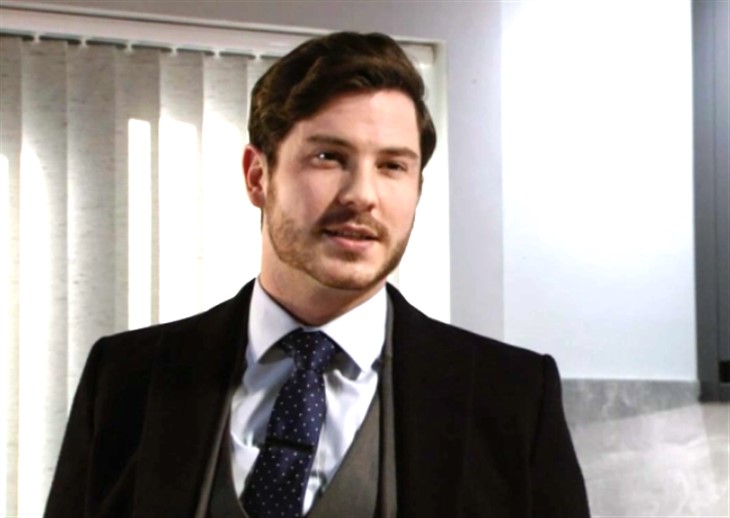 Eastenders spoilers reveal that Gray Atkins (Toby-Alexander Smith) will have complications after murdering Tina Carter (Luisa Bradshaw-White). He didn’t count on how much her family loved her. Plus, Shirley Carter (Linda Henry) refuses to let Tina go, especially after Gray impersonates the dead woman via text message. Keep reading to find out more.

Eastenders spoilers reveal that fans were wondering when the truth would come out about Chantelle Atkins’ (Jessica Plummer) death. There are a few suspicions, but nearly everyone believes Gray is a widow who suffered a horrible tragedy. Then, Tina discovered the truth and was going to expose Gray. In order to keep his secret, he killed Tina and told her family that he helped her go on the run.

He thinks that the family will simply accept that Tina’s gone, but he will learn that’s not the way the Carters roll. So, Gray impersonates the dead woman and sends a few text messages to Shirley. Again, he thinks that this will stop Shirley and Mick Carter (Danny Dyer) from looking for Tina. However, he didn’t realize just how fiercely the Carters love Tina. In fact, as Tina continues missing court dates, Shirley’s anxiety will intensify. She won’t give up searching for her sister.

According to Inside Soap magazine, an insider explains that Gray’s mask is starting to slip. It’s very possible that Shirley will be the one to discover the truth about Tina. At the same time, she could also realize that Chantelle’s death wasn’t exactly an accident. He had a plan all laid out on how this was going to go and it’s not working out. Now, we know how Gray reacts when things don’t go his way.

“Gray didn’t reckon on how much Tina’s family loves her. Shirley and Mick would never settle for the lie that Tina’s gone on the run, and there’s no way she’d send a text or two, then vanish. He needs to come up with a better plan B if he wants to keep the Carters from learning the truth.”

Eastenders spoilers for 2021 reveal that executive producer Jon Sen teased what to expect. This year, expect Gray to be punished. Although he wouldn’t say when, how or which characters are involved, he did confirm that “the soap Gods never forgive something like that [Chantelle’s murder]”. Could the Carter family not giving up looking for Tina lead to Gray being exposed and the dead women getting justice? It certainly sounds like it will be the beginning of the end for Gray.

Do you think Mick and Shirley will find out the truth about Tina Carter? Will they learn that she’s not on the run, but was murdered by Gray Atkins? We will have to keep watching the soap to find out what happens with this storyline.