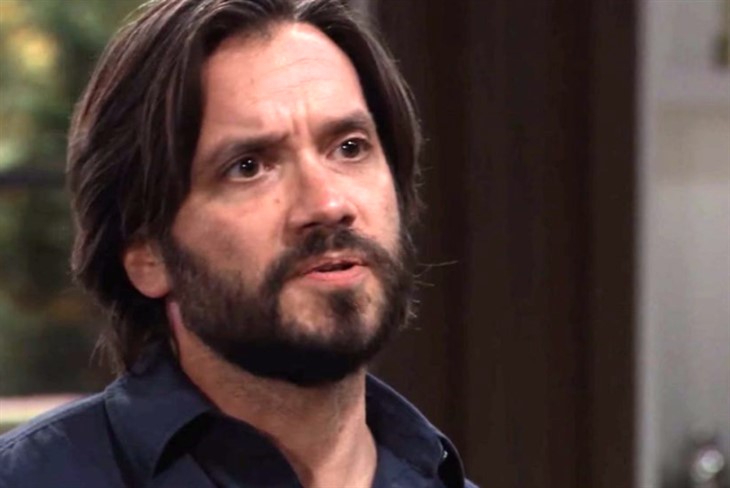 Liz has just lost Franco Webber (Roger Howarth) and Dante lost Lulu Spencer (Emme Rylan) not too long ago. Fate has been cruel to these two but will fate also bring them together?

Who did not scream ‘no!’ along with Liz when she confronted the fact that Franco (at least in soap terms) is dead? It was heart rending to see her cry (not a mascara trail in sight) when she found Franco after he had been shot by Peter August (Wes Ramsey).

General Hospital Spoilers And Rumors: Spinelli And Maxie Jones Reunion In The Works?

Franco is a goner, per his portrayer Roger Howarth. After the death scene he spilled that he is officially on hiatus, but will be baaaack!  Until then, whoever he returns as, Liz will need a manly shoulder to cry on.

Dante is in much the same boat as Liz—so why not row together? Lulu is suffering in some ways a fate worse than Franco, she is in suspended animation. Which leaves her loved ones to wonder, will she or won’t she return?

General Hospital rumors reveal Dante has been seriously chem tested with Sam McCall (Kelly Monaco) in recent days. Are they a good match? She’s an evil doer and he’s a do-gooder, so maybe opposite attract?

It may seem callous to start speculating about these character’s love lives while their loved ones are so recently departed. But in soapland no one stays single for long. In the case of Liz, her onscreen partner is coming back and in the case of Lulu many fans also think the character will return, no questions asked.

So in the meantime Liz and Dante need to get busy and complicate their lives so that they will have some good old fashioned drama to confront when and if their mates return.

General Hospital spoilers show Liz is a natural born helper and so is Dante. Plus he took a syringe full of lidocaine meant for Franco. These two are suffering and in mourning and explosive show spoilers reveal that their worlds may collide again. Will it lead to something more than friendship? Be sure to tune in and find out GH fans, the winds of change are swirling in Port Charles!

Be sure to catch up on everything happening with GH right now. Come back here often for General Hospital spoilers, rumors, soap opera news, and updates.